After the death of Steve Jobs, an interactive iPhone was erected in front of St. Petersburg’s National Research University of Information Technologies, Mechanics, and Optics. The memorial had a lit display with a slideshow displaying photographs and videos from the life and career of Jobs, focusing on his many achievements as CEO of Apple. The phone also had a large QR code on the back, which visitors were able to scan and be redirected to a website commemorating Jobs. 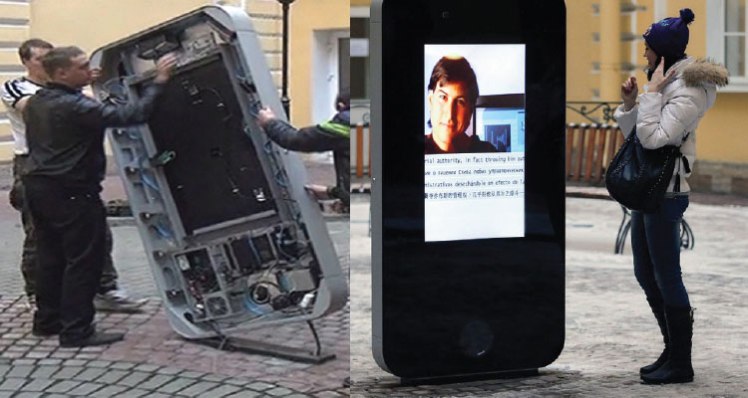 Despite being quite popular, the giant iPhone was taken down by Russian officials only a year after it was unveiled. The firm that originally put the memorial up decided to dismantle it the day after Tim Cooke, Apple’s newest CEO, announced his sexual orientation. A Russian news station reported that the monument was removed because of the country’s homosexuality laws involving minors and because it was revealed that there may be a tie between Apple’s products and national security. The college where the iPhone was displayed denies these claims and states that the phone was malfunctioning and needed to be repaired. The monument has not been put back up.