The Cerne Abbas Giant, also known as the “Rude Man” or the “Rude Giant” is a figure that stands 180 ft long and 167 ft wide. It is carved in the hillside of Cerne Abbas, just north of Dorchester, England. 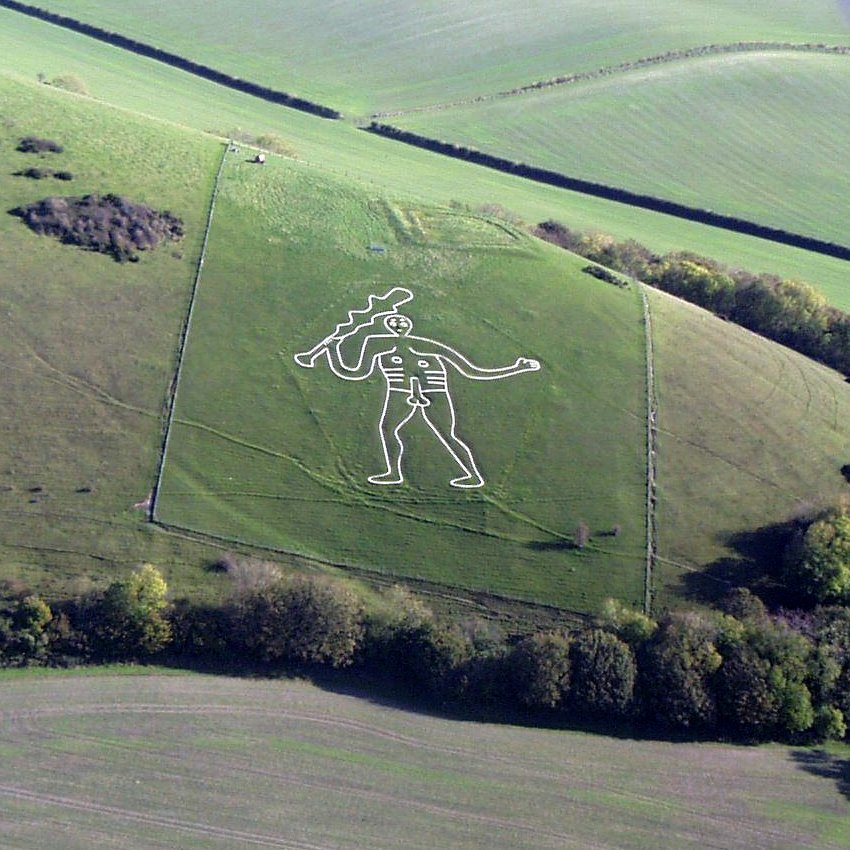 It’s origin and date is unknown, although there are no records of this carved giant prior to the late 17th century. It’s purpose is also unknown, although most scholars tend to agree it is either a symbol of fertility or the representation of the Roman Heracles.

Cerne Abbas folklore claim the figure is the actual outline of a real giant that came from Denmark and was soundly defeated by the local villagers as he slept on the hill. Although we may never know the real purpose of this carving on the hill, it is an important part of the local culture and re-chalked every 25 years to preserve its features.