Pacific School of Religion (PSR) is an ecumenical seminary located in Berkeley, California. It maintains covenantal relationships with the United Church of Christ, the United Methodist Church and the Disciples of Christ, ensuring the school provides the necessary requirements for candidates to seek ordination within these denominations.

Pacific School of Religion was founded in San Francisco in 1866 as the Pacific Theological Seminary. It moved to Oakland shortly following its foundation, and then to Berkeley in 1901, where it has remained since, at its current location since 1926.

In the early 1960s, the school helped found, and then in 1964 joined, the Graduate Theological Union. Also, throughout its history, the Pacific School of Religion has cooperated and reciprocated with two neighboring Berkeley institutions, the University of California at Berkeley and the First Congregational Church of Berkeley, United Church of Christ (UCC). 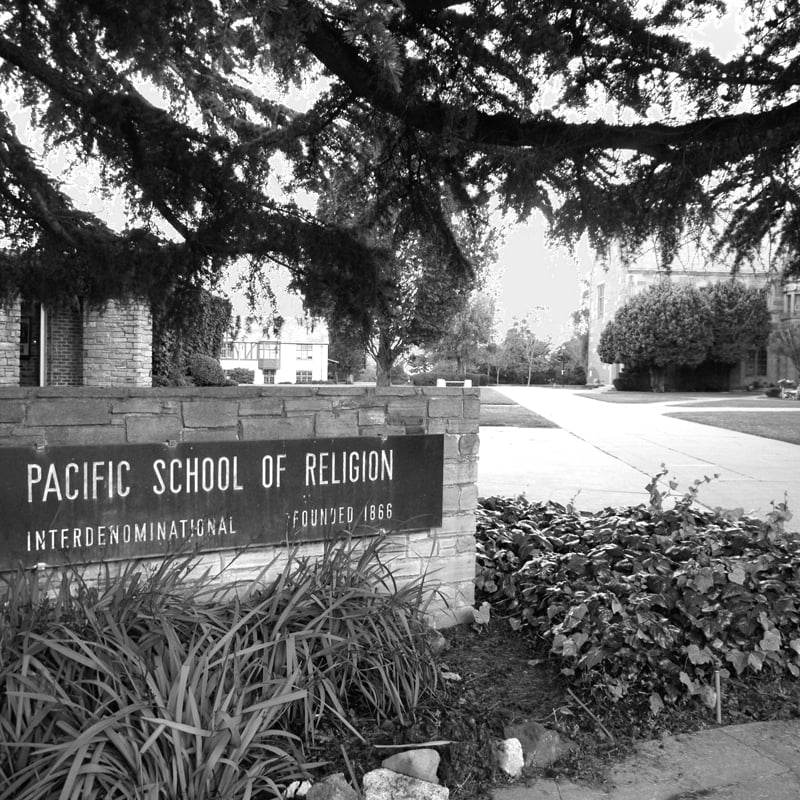 The school was one of the first American seminaries to focus on both pan-denominational issues as well as the importance of the world’s religions. In 1971 it graduated its first openly gay student and has remained a leader in advocating for LGBT (lesbian, gay, bisexual, transgender) people within the religious community. As part of this commitment to LGBT issues, in 2000, the Pacific School of Religion opened the Center for Lesbian and Gay Studies in Religion and Ministry (CLGS), the first center of its kind, which focuses on scholarship and education in the realm of sexuality and sexual orientation/identity in areas of faith and religion.