Mystery Spots like the one at Xenses Park, is actually a gravity hill, a tilt-induced visual illusion. The illusion experienced by visitors results from the oddly tilted environment as well as standing on a tilted floor. Inside the tilted town of the town at Xenses Park , misperceptions of the height and orientation of objects occur. Even when people are standing outside on a level ground, the slant of the building in the background causes misperceptions as humans judge the height of people using the slant of the roof rather than the true horizon.

The misperceptions stem from the simple fact that the town is slanted at a 20 degree angle. When the perceiver’s body also is tilted, the distorting impact on vision is greatly magnified- up to two or three times. Another point he makes is that distorted orientation causes other senses to fall back while your visual senses become heightened. People standing at impossible angles and water flowing uphill are related to the angle at which the buildings sit on. 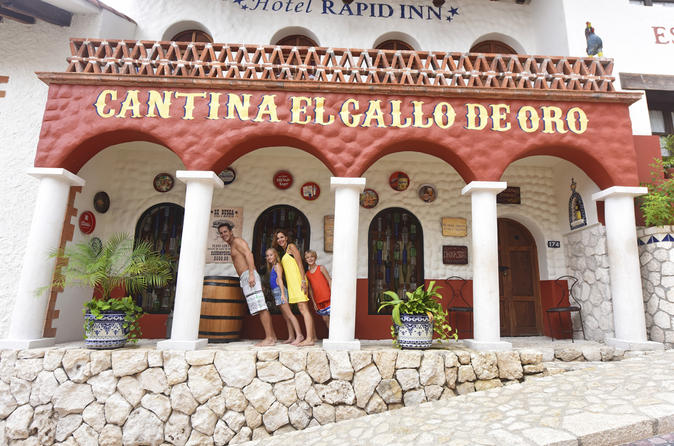 While you try to figure out how, walk in this authentic (forgery of a)Mexican town of red tiles, white walls, arches and columns where you will find houses, hotels, a church, shops, bars, bakeries.