Tangier is a town in Accomack County, Virginia, United States, on Tangier Island in Chesapeake Bay. The population was 727 at the 2010 census. Since 1850, the island’s landmass has been reduced by 67%. Under the mid-range sea level rise scenario, much of the remaining landmass is expected to be lost in the next 50 years and the town will likely need to be abandoned.

Many residents believe that erosion is to be blamed for the increasing incidence and severity of flooding. A 2015 study by a member of the Army Corps of Engineers concludes that Tangier has 25–50 years of habitability remaining and that the subsidence of the ridges is ongoing since at least the mid-19th century.

The authors also conclude that the primary causes of the subsidence in the southern Chesapeake Bay region is sea-level rise due to the melting of the Laurentide ice sheet, groundwater extraction on mainland Virginia, and the remaining effects of a meteor impact near Cape Charles. 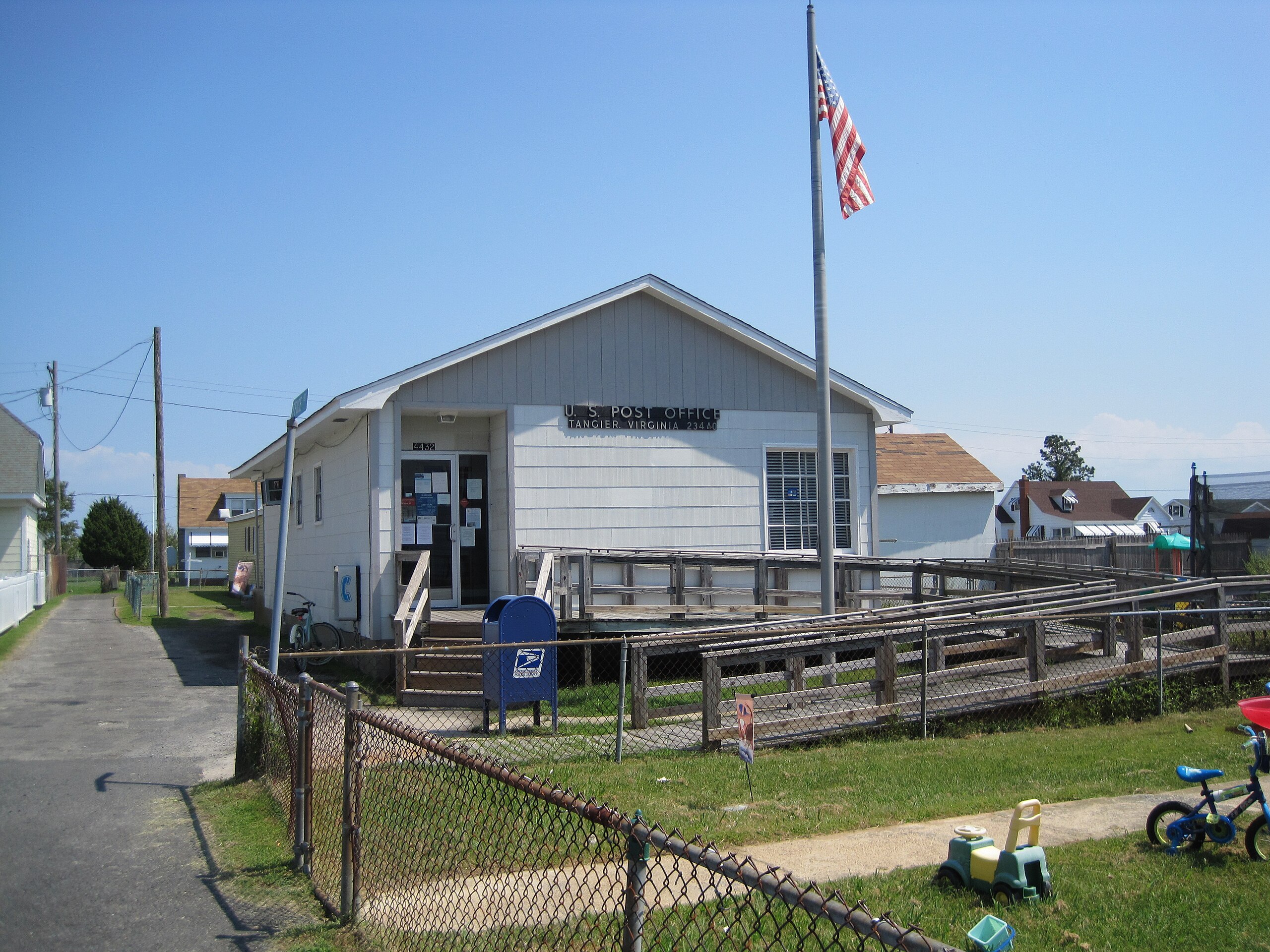 The town has been talking with political representatives for decades to get protection for the island in the form of jetties or sea walls. The Town, the History Museum, and townspeople continue to raise money for their sea wall fund. In 2017, CNN aired a story about Tangier that featured the town’s Mayor, James W. Eskridge. President Donald Trump called the mayor personally to assure him that the town would survive.