The Sciencenter’s Sagan Planet Walk is a walkable scale model of the Solar system, located in Ithaca, New York. The model scales the entire Solar system—both planet size and distances between them—down to one five billionth of its actual size. Consisting of eleven obelisks situated along a 1.18 km (0.73 mi) path through the streets of downtown Ithaca, the Planet Walk leads from the sun at Center Ithaca to Pluto at the Ithaca Sciencenter. 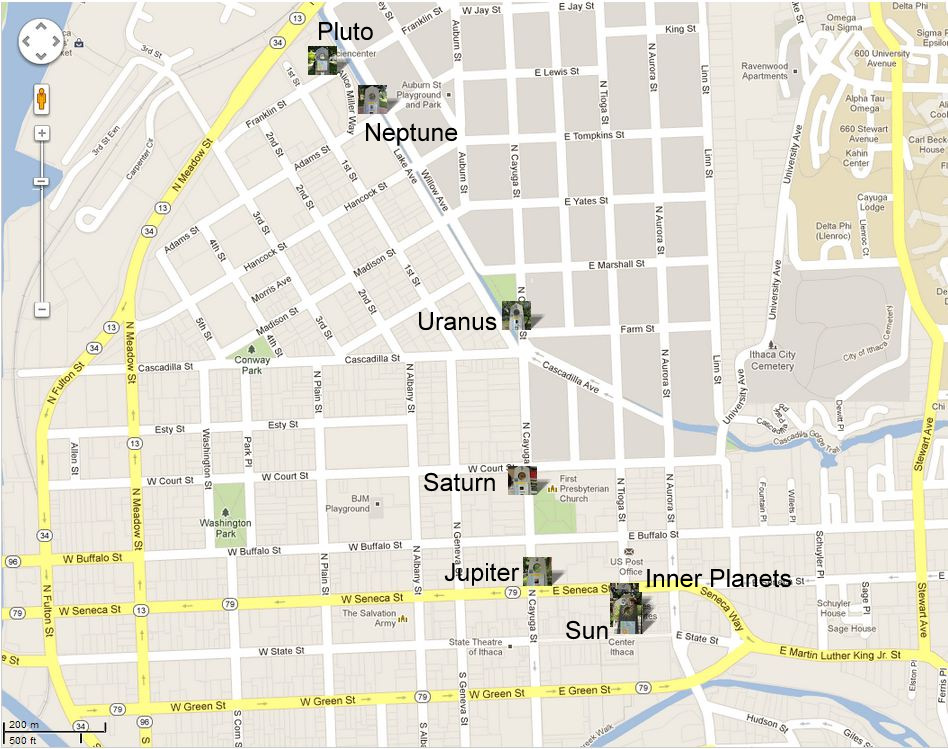 The exhibition was originally created in 1997 in memory of Ithaca resident and Cornell Professor Carl Sagan. In 2012, the model was expanded 7,630 kilometers (4,740 mi) to include a representation of the sun’s closest neighboring star–Alpha Centauri—at the ‘Imiloa Astronomy Center at the University of Hawaii, making it the world’s largest exhibition.

In 2014, the inner planets and sun were removed as part of extensive construction being done to the Ithaca Commons, but have since been replaced. In 2015, a grant was approved to further expand the exhibition by installing an exoplanet Kepler-37d station on the Moon 384,500 kilometers (238,900 mi) away.