In a narrow road that connects Cholul and Sitpach, in Yucatan, stands a hacienda that is known as “The Haunted House”,  there are countless horror stories linked to the once prosperous and beautiful farm, when henequen industry entered into decay, many haciendas ended in abandonment leaving behind their majestic ruins.

It is said that the main house, of European colonial style, with luxury details, marble staircases and beautiful decorations on the walls, now it is used by some satanic sects to perform black masses and other diabolic rites there, since black candles and sacrificed animals, such as chickens and black cats, have been found in the place, as well as drawings on the walls, alluding to evil. 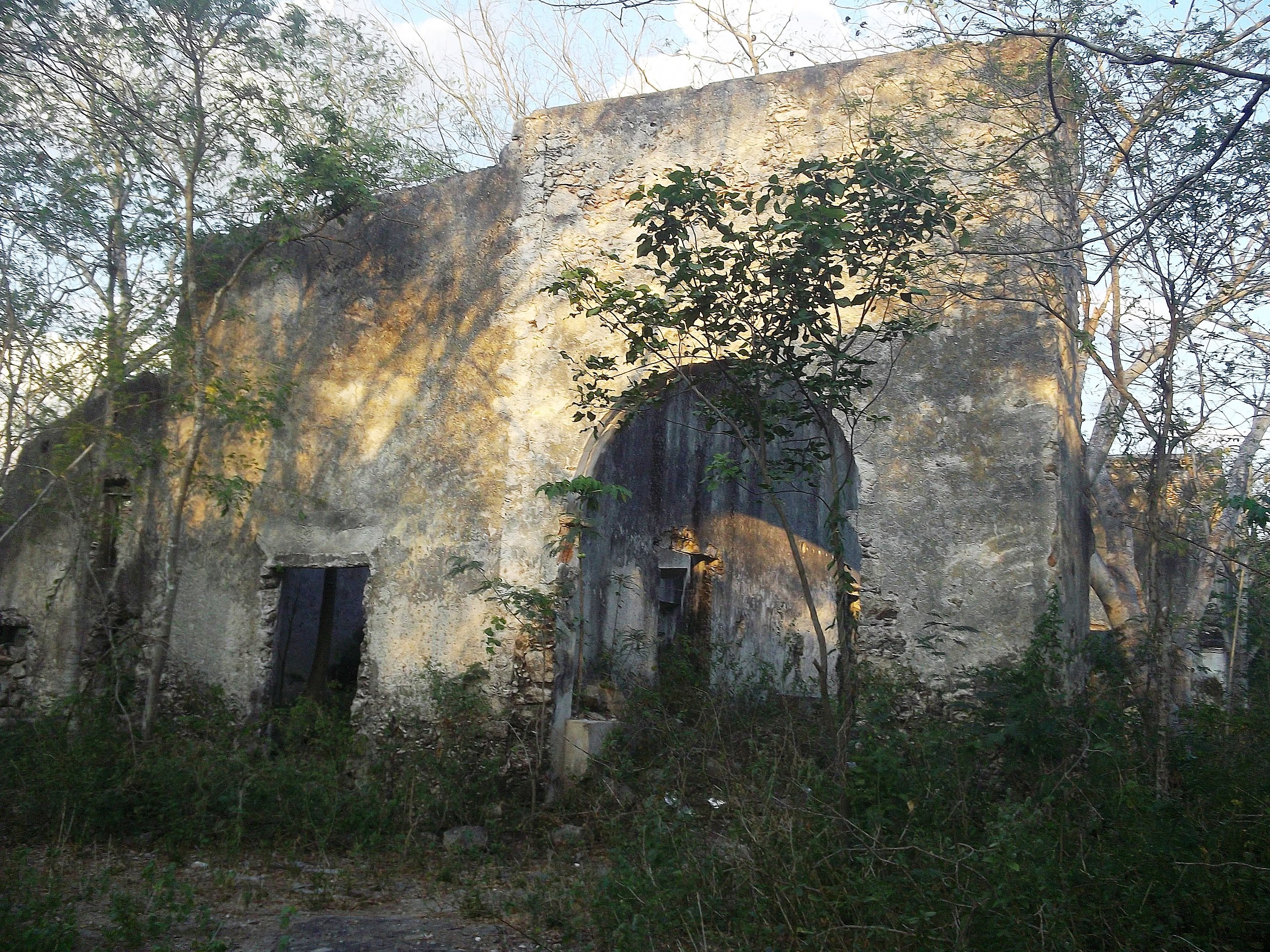 In addition, in that gloomy enclosure, at least two murders have been committed, it is said.

Some curious people who have decided to check everything that happens there, have witnessed a shadow that surrounds them, which they notice it because its strong and evil presence is felt around them and the entity called them by their names.