The Society for Psychical Research (SPR) was formed in London, England in 1882 to investigate paranormal phenomena. The group still exists today in a office building on a quiet mews near Olympia in West Kensingtonand, and has many members. Cases of the unexplained are examined in scientific fashion but without bias or presupposition. 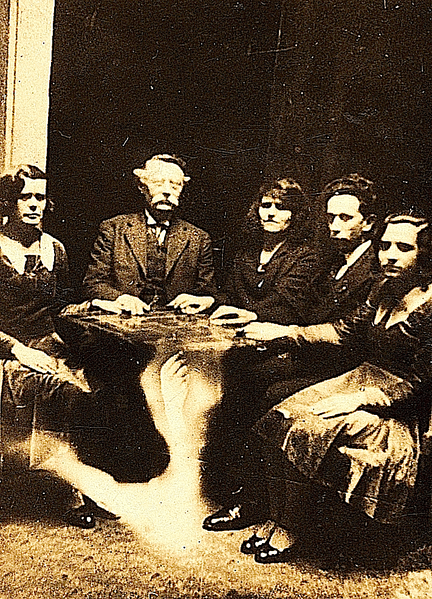 Some of the first topics explored by committees of the SPR included haunted houses, apparitions, and séances, summarizing important findings for those interested in ghost and spirit research.

At the centre of the Society’s activities is the collection and investigation of data. This work was distributed across a number of committees, which, among other things, investigated thought-reading (soon to be renamed telepathy by Myers), mesmerism (hypnotism) and clairvoyance, physical phenomena of the séance room, and apparitions and hauntings.

The group charged with collecting historical and current evidence produced the first landmark in psychical research, a two-volume study of visions and apparitions titled Phantasms of the Living (1886). This substantial work, written mainly by Gurney, together with Myers and Frank Podmore, provided careful analyses of more than seven hundred personal experiences; many were dubbed ‘crisis apparitions’, those of people seen at a time when, as was later learned, they were in fact dying or in life-threatening situations in another location, a phenomenon viewed by Gurney as a telepathically-generated hallucination.