Bikini Atoll,  is an atoll in the Marshall Islands which consists of 23 islands totalling 3.4 square miles (8.8 km2) surrounding a 229.4-square-mile (594.1 km2) central lagoon.  Within Bikini Atoll, Bikini, Eneu, Namu, and Enidrik islands comprise just over 70% of the land area. Bikini and Eneu are the only islands of the atoll that hosted a permanent population. Bikini Island is the northeastern most and largest islet. Before World War II, the atoll was known by its German name, Eschscholtz Atoll.

Between 1946 and 1958, 23 nuclear devices were detonated by the United States at seven test sites located on the reef, inside the atoll, in the air, or underwater. They had a combined fission yield of 42.2 Mt. The testing began with the Operation Crossroads series in July 1946. Prior to nuclear testing, the residents initially accepted resettlement voluntarily to Rongerik Atoll, believing that they would be able to return home within a short time. 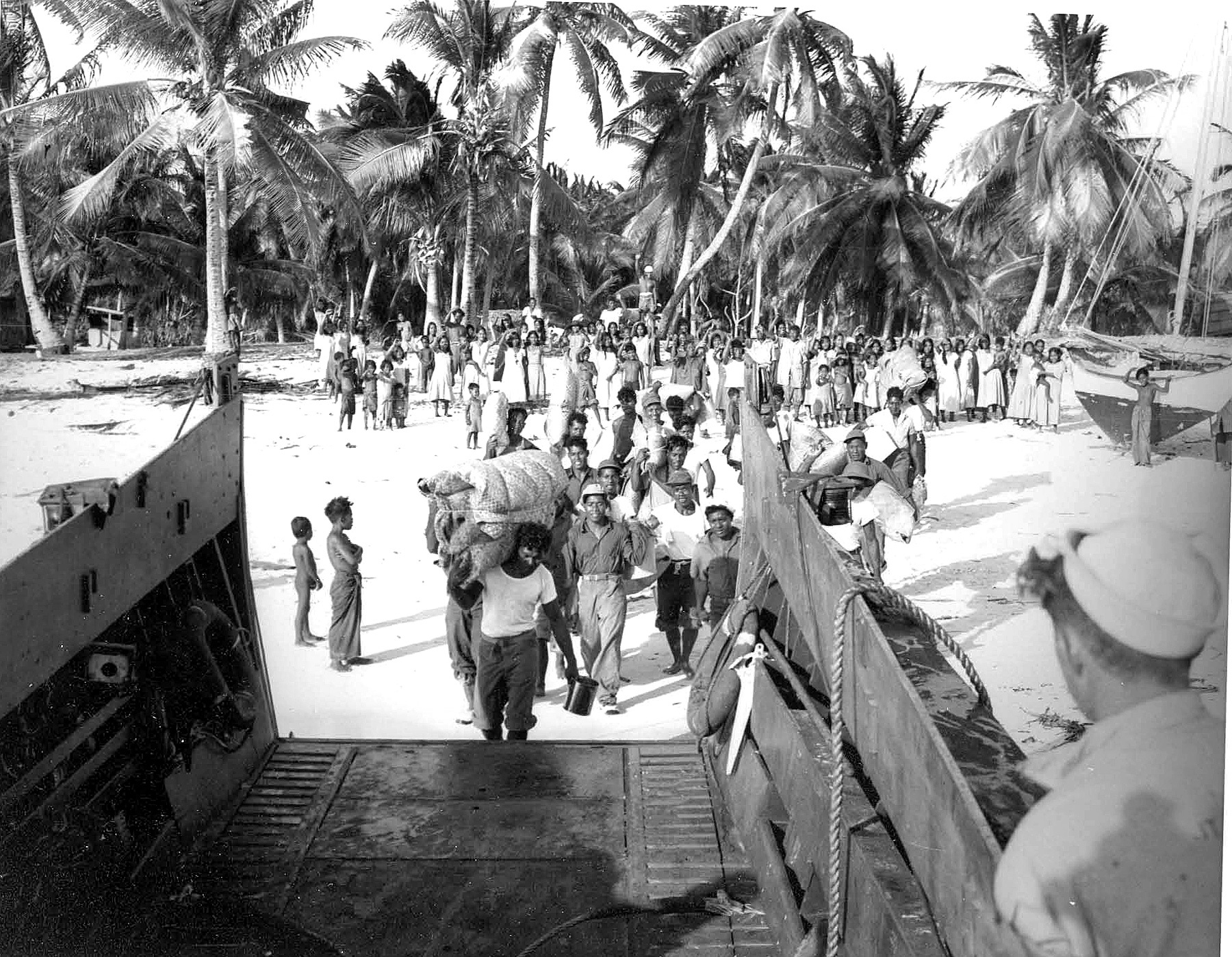 Rongerik Atoll could not produce enough food and the islanders starved. When they could not return home, they were relocated to Kwajalein Atoll for six months before choosing to live on Kili Island, a small island one-sixth the size of their home island. Some were able to return to the Bikini Island in 1970 until further testing revealed dangerous levels of strontium-90.

The islanders have been the beneficiary of several trust funds created by the United States government which as of 2013 covered medical treatment and other costs and paid about $550 annually to each individual.