Hundreds, perhaps thousands of rosary beads are hanging from the branches of trees around a hilltop shrine outside the city of Salta, in northern Argentina. They are the visible signs that something extraordinary is happening at this place where, it is claimed, Our Lady appears and communicates with a local housewife, Maria Livia de Obeid. 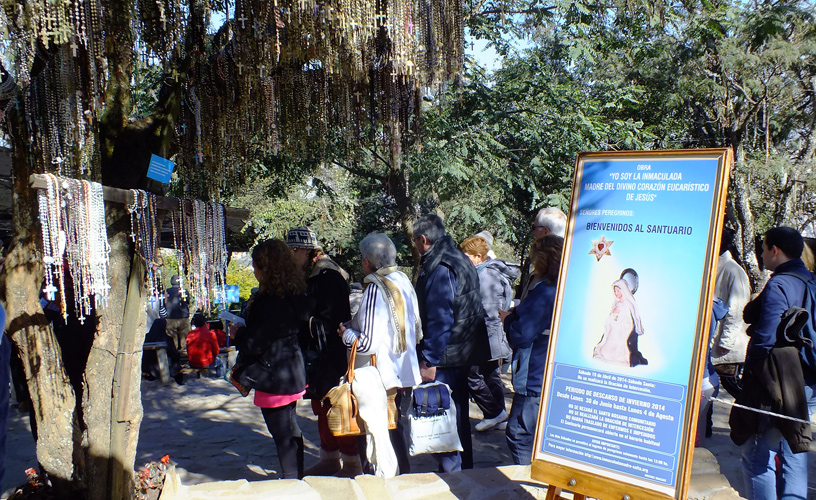 “Miraculous cures”, “liberation from demons that even exorcists have failed to cast out”, and other supernatural things have taken place here over the past decade according to several sources, including Father Rene Laurentin, the world’s expert on Marian apparitions. 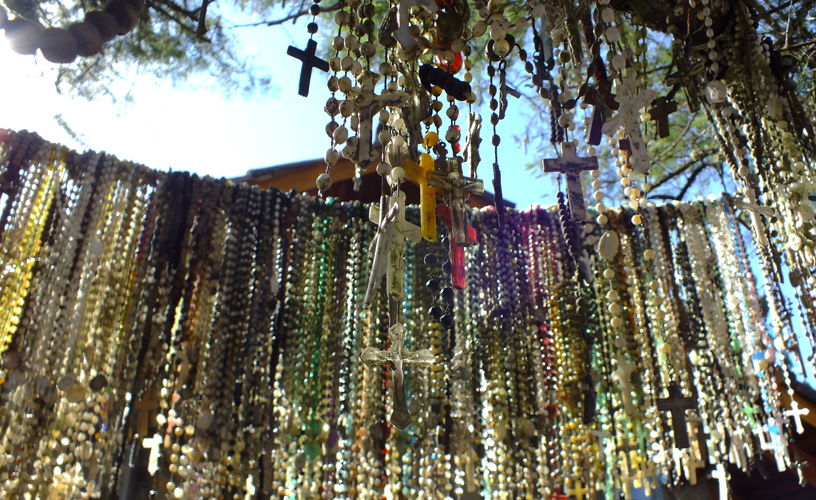 Over a million people a year come here to pray with Maria Livia. Every Saturday, between March and December, 30-40,000 people descend on the shrine that she had built in the year 2000 on the 300 meter high hill (Cerro), ten minutes drive from Salta, at the explicit request of Our Lady. Pilgrims arrive by cars, minivans, busses and taxis and are shepherded to the shrine by a highly disciplined corps of 400 Marian volunteers, who wear distinctive light blue scarves and white blouses. 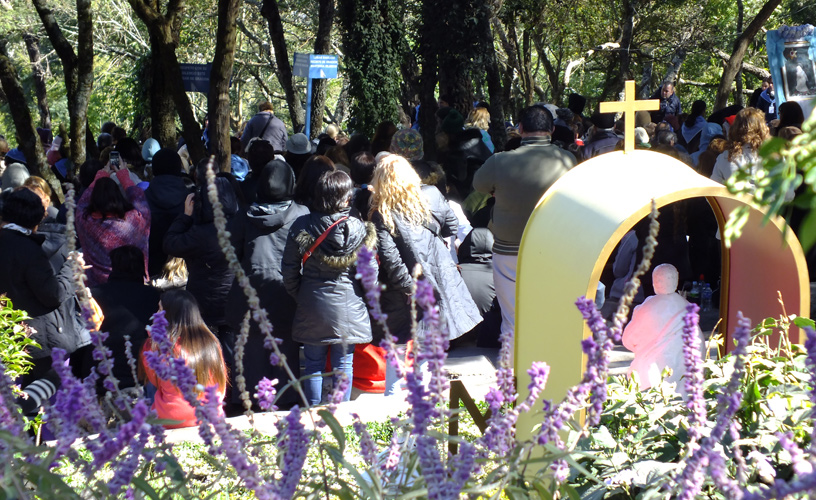 Many who come here are afflicted with physical illness, or troubled in spirit; some are mourning the loss of a dear one, or belong to dysfunctional families. They come here from all strata of Argentinean society. Some want to thank Our Lady for favours received, others seek special assistance. Many are looking for inner peace, for hope, a direction in life, and for God.