It existed many years ago, next to the San Juan de Dios River (now Calzada Independencia), the convent of Santa María de Gracia. One of its long walls faced the alley of the hanged man, known as that because a man accused of adultery was hanged there. The bedroom of the novices of the convent had a small window overlooking that alley. 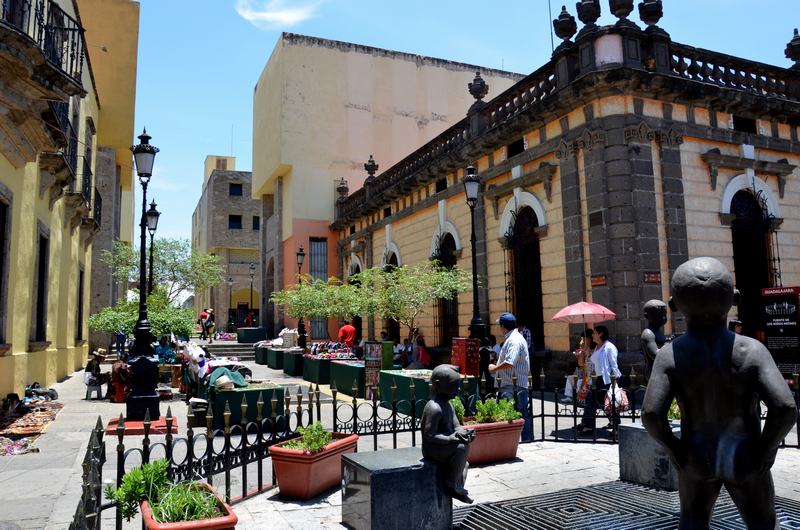 One night the nuns were awakened by the screams and songs that were heard outside, when the novitiate teacher peeked out the window she could see in the alley a group of people performing a satanic ritual. After the nuns reported what they saw in the alley, the government discovered that one of the houses near the alley was the meeting point for such rituals; It was decorated with large paintings and altars in honor of Satan.

People stopped going there because there was a rumor that the devil appeared in the alley at night. People who dared to go through the alley did so praying or with religious objects in their hands. The fame of the alley was so great that it soon went from being “the alley of the hangman” to “the Rincon del Diablo”. With time, the convent ceased to exist, the house of the satanic rituals became the building of the Ministry of Tourism and the government ended up installing a fountain with statues of children in the alley.