The Big European Bubble Chamber (BEBC) is a large size detector formerly used to study particle physics at CERN. The chamber body, a stainless-steel vessel, was filled with 35 cubic metres of superheated liquid hydrogen, liquid deuterium or a neon-hydrogen mixture, whose sensitivity was regulated by means of a movable piston weighing 2 tons.

The BEBC project was launched in 1966 by CERN, France (Saclay) and Germany (DESY) and installed at CERN in the early 1970s. The chamber body was surrounded by the then largest superconducting solenoid magnet of two coils in Helmholtz arrangement. The magnet coils were fabricated at CERN using copper reinforced Niob-Titanium superconductor cable. The BEBC coils created a strong magnetic field of 3.5 T over the sensitive volume of the chamber. Thus, the fast charged particles passing through the chamber were bent in the magnetic field which provided information on their momentum. 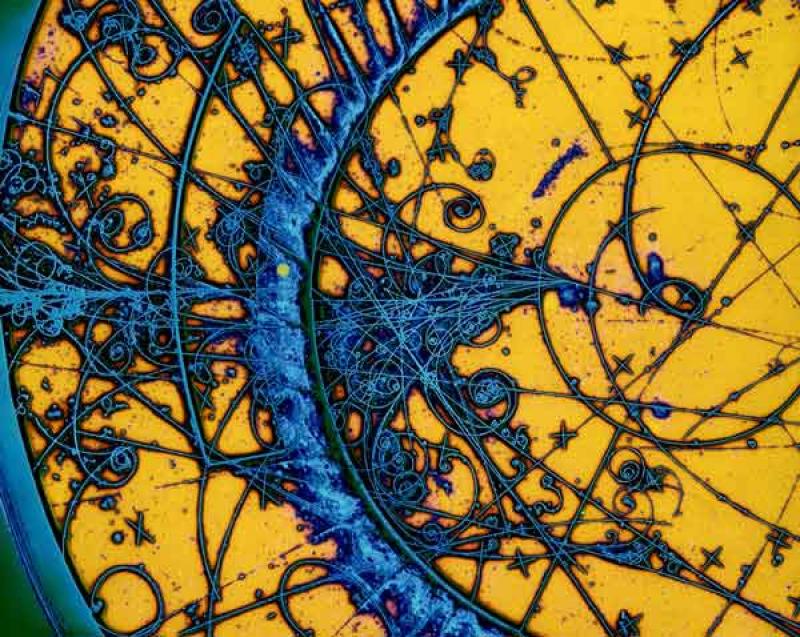 During each expansion, charged particles ionized the atoms of the liquid as they passed through it and the energy deposited by them initiated boiling along their path leaving trails of tiny bubbles. These bubbles tracks were photographed by the five cameras mounted on top of the chamber. The stereo photographs were subsequently scanned and all events finally evaluated by a team of scientists. After each expansion, the pressure was increased again to stop the boiling. The bubble chamber was then ready again for a new cycle of particles beam exposure.

By the end of its active life in 1984, BEBC had delivered a total of 6.3 million photographs to 22 experiments. Around 600 scientists from some fifty laboratories throughout the world had taken part in analyzing the 3000 km of film it had produced. BECB enabled the discovery of D-mesons and promoted the developments of neutrino and hadron physics carrying out one of the richest physics programs. It is now on display at CERN’s Microcosm museum.