The Alchemical Door, also known as the Alchemy Gate or Magic Portal (Italian: Porta Alchemica), is a monument built near Piazza Vittorio, in Rome, Italy.

This is the only one of five former gates of the villa that remains; there was a lost door on the opposite side dating them to 1680 and four other lost inscriptions on the walls of the mansion inside the villa.

Also called the Porta Magica and translated variously as “Alchemy Gate” and “Magic Gate,” Rome’s Porta Alchemica dates back to the 1600s. It’s the last remnant of the residence of Massimilano Palombara, who was an Italian marquis, a Rosicrucian, and, like anybody who wanted to be cool back in the day, an alchemist. 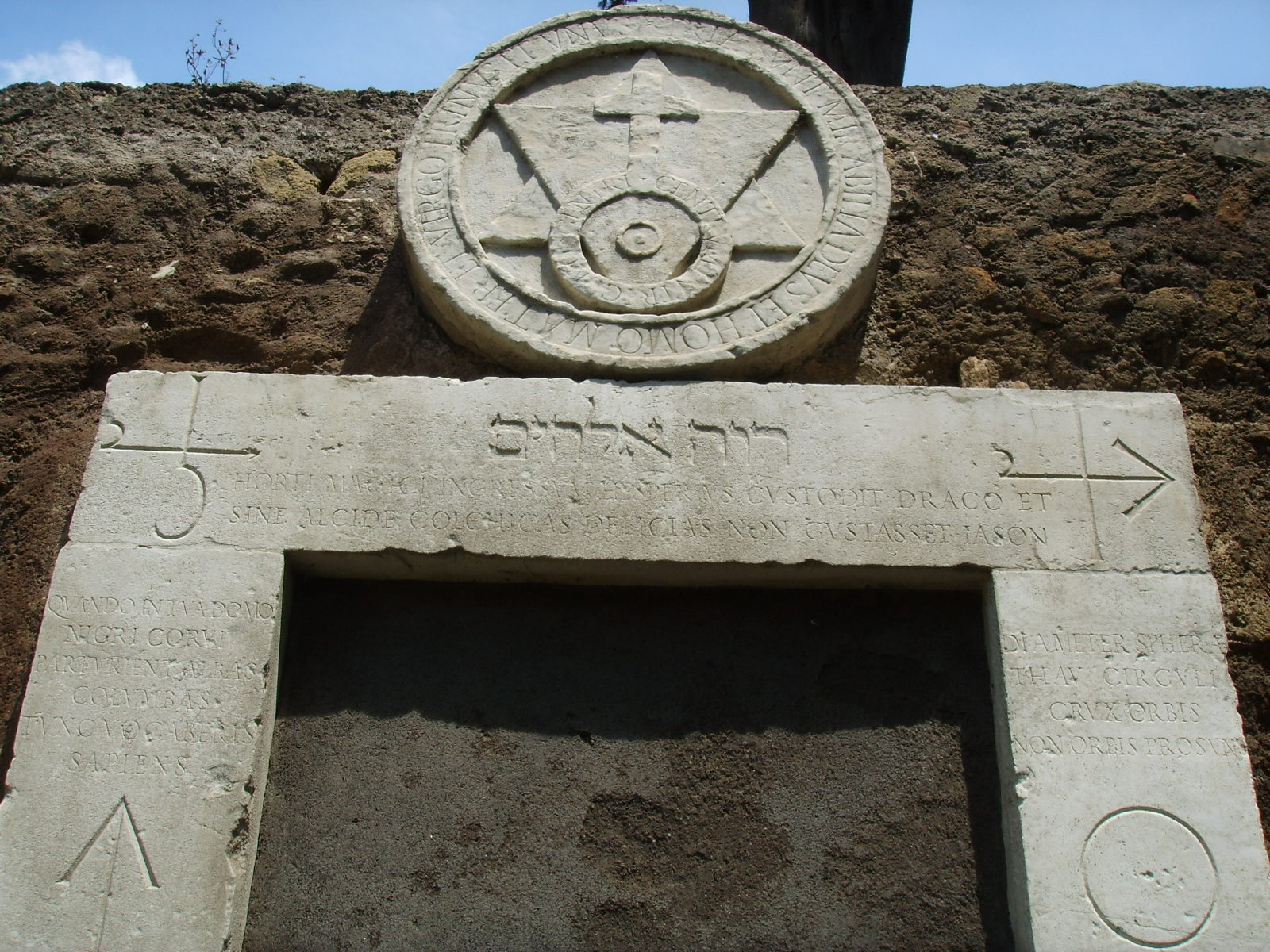 According to a story collected by the erudite Francesco Cancellieri in 1802, a pilgrim named “Stibeum” (from Latin: stibium, which means “antimony”) was hosted in the villa for a night. That night, the pilgrim, identified later by some as the alchemist Giuseppe Francesco Borri—known as Giustiniano Bono—, searched the gardens of the villa overnight in search of a mysterious herb capable of concocting gold. Legend held that the next morning he was seen to disappear forever through a door, but left behind a few flakes of gold, the fruits of a successful alchemical transmutation, and a mysterious paper full of puzzling symbols and equations, putatively describing the ingredients and process required. The marquis had these symbols engraved on the five gates of the villa Palombara and on the walls of the mansion, hoping that one day they would be translated.