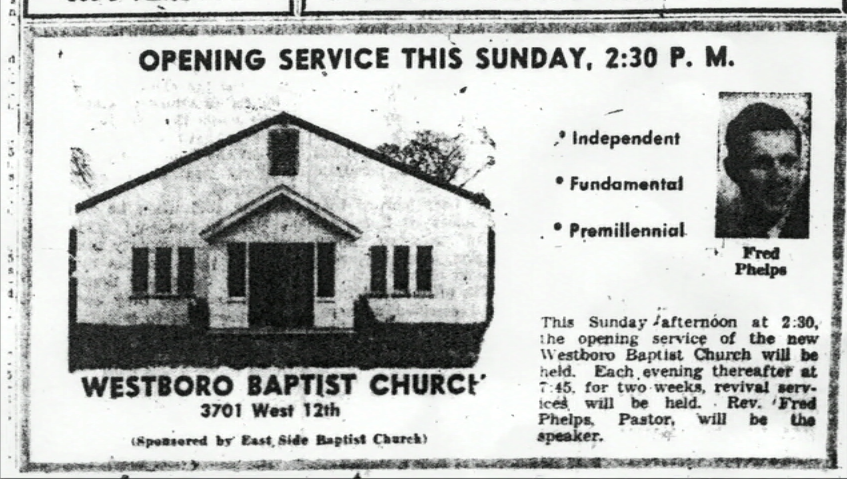 It is widely known as a hate group and is monitored as such by the Anti-Defamation League and the Southern Poverty Law Center. The church has been involved in actions against gay people since at least 1991, when it sought a crackdown on homosexual activity at Gage Park six blocks northwest of the church.

In addition to conducting anti-gay protests at military funerals, the organization pickets celebrity funerals and public events. Protests have also been held against Jews and Catholics, and some protests have included WBC members stomping on the American flag or flying the flag upside down on a flagpole. The church also has made statements such as, “thank God for dead soldiers,” “God blew up the troops,” “thank God for 9/11,” and “God hates America.” The church has faced several accusations of brainwashing. 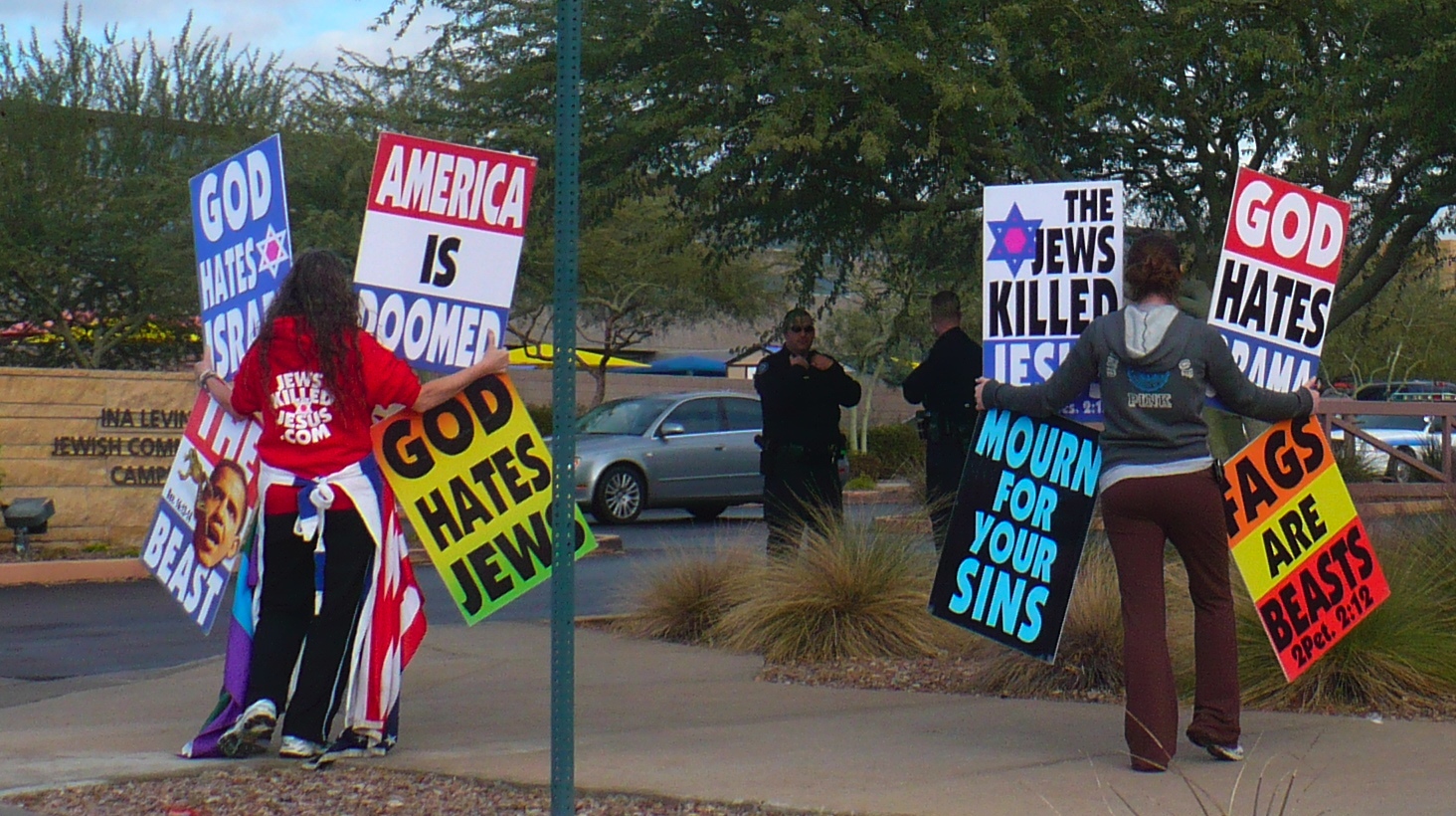 The church is headquartered in a residential neighborhood on the west side of Topeka about 3 miles (5 km) west of the Kansas State Capitol. Its first public service was held on the afternoon of November 27, 1955. The church was headed by Fred Phelps before his death in March 2014, though church representatives said the church had had no defined leader for some time before his death. The church consists primarily of members of Phelps’s extended family, and in 2011, the church stated that it had about 40 members.