The Dakota Apartments, is a cooperative apartment building located on the northwest corner of 72nd Street and Central Park West in the Upper West Side of Manhattan in New York City, United States. It was built in 1884 and is considered to be one of Manhattan’s most prestigious and exclusive cooperative residential buildings.

The Dakota was purportedly so named because at the time of construction, the area was sparsely inhabited and considered as remote in relation to the inhabited area of Manhattan as the Dakota Territory was. However, the earliest recorded appearance of this account is in a 1933 newspaper interview with the Dakota’s long-time manager, quoted in Christopher Gray’s book New York Streetscapes: “Probably it was called ‘Dakota’ because it was so far west and so far north”. According to Gray, it is more likely that the building was named the Dakota because of Clark’s fondness for the names of the new western states and territories. 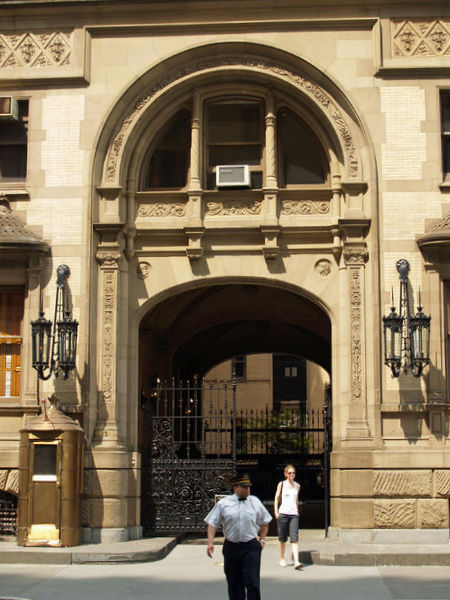 The south entrance of the building was the location of the murder of John Lennon. It is prominently featured in Andrew Piddington’s 2006 film The Killing of John Lennon; the Dakota was only used for exterior shots. In Roman Polanski’s 1968 film Rosemary’s Baby, the Dakota was used for exterior shots of “The Bramford”, the apartment building where several of the characters live.