At the twisted cult’s annual ‘Black Mass’ in the Mexican state of Veracruz, people from across the world to seek change in their lives by taking part in devil worship. Worshippers indulge in brutal animal sacrifice, dance before burning pentagrams and disappear into a subterranean cave where solemn oaths are sworn before a large statue of the devil and a committee of shamans. 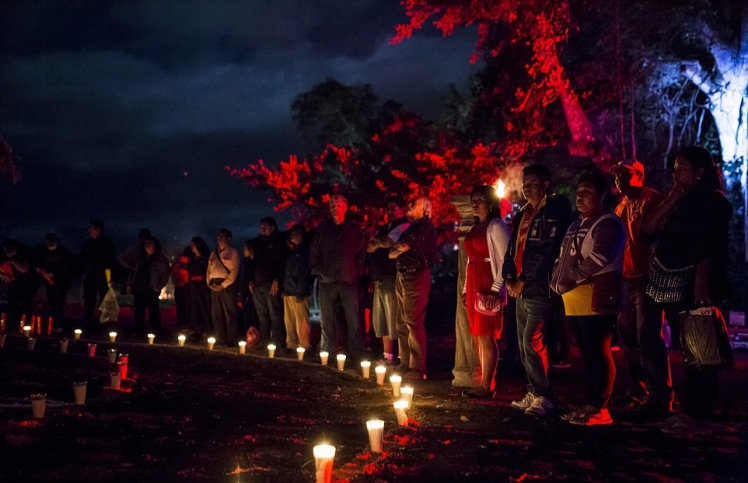 The lakeside town of Catemaco on Mexico’s Gulf Coast is a destination for many ‘pilgrims’ who come in search of spiritual experiences. Enrique Vernon organises the annual mass at his ceremonial grounds on White Monkey Mountain to the west of the town.

Following the sacrifices, the shamans stood before a large burning pentagram and attempted to summon the devil through their chants, before descending with the new adherents of the black mass to an underground cave decorated with inverted crosses, animal carcasses and a large statue of Satan with an erect penis.

The committee of shamans screamed ‘Hail Lucifer!’ following each new oath and prostrated themselves before the statue, over which the remaining blood from the sacrificial offerings had been poured.

The dedicated black masses by the devil worshipping cult began in 1970. Held on the first Friday of March, they have grown steadily in both notoriety and popularity over the subsequent 45 years.