Juan Castillo Morales, (1918–1938) known by many as Juan Soldado (Juan the Soldier), was a convicted rapist and murderer who later became a folk saint to many in northwestern Mexico and in the southwestern United States. A private in the Mexican army, Castillo was executed on February 17, 1938 for the rape and murder of Olga Camacho Martínez, an 8-year-old girl from Tijuana, Baja California. His adherents believe that he was falsely accused of the crime and have appealed to his spirit for help in matters of health, criminal problems, family matters, crossing the U.S.-Mexico border and other challenges of daily life. 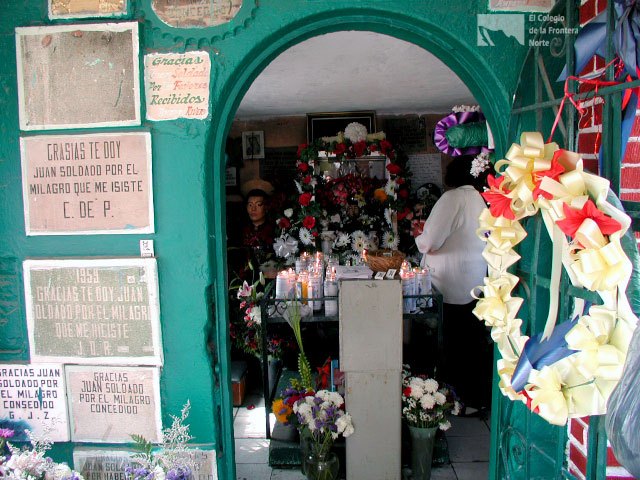 Shortly after his execution the story began circulating that he was innocent and had been framed by a superior officer, Jesse Cardoza, who was guilty of the crime. Residents began reporting strange events associated with Juan Soldado’s gravesite shortly after his death, including blood seeping from his grave and ghostly voices. Others began leaving stones at his tomb, attributing miraculous occurrences to them.

In the old Puerta Blanca cemetery there are now small chapels dedicated to Juan Soldado. The first one is the edge of the pantheon where he died. The second chapel is for all to enter and is where it says he is buried; both chapels are regularly visited and prayed at by people who have problems crossing the border into the United States or who are involved in the trafficking of people in the borderland. Devotees have also claimed that he has interceded for them in other areas, such as health and family problems. 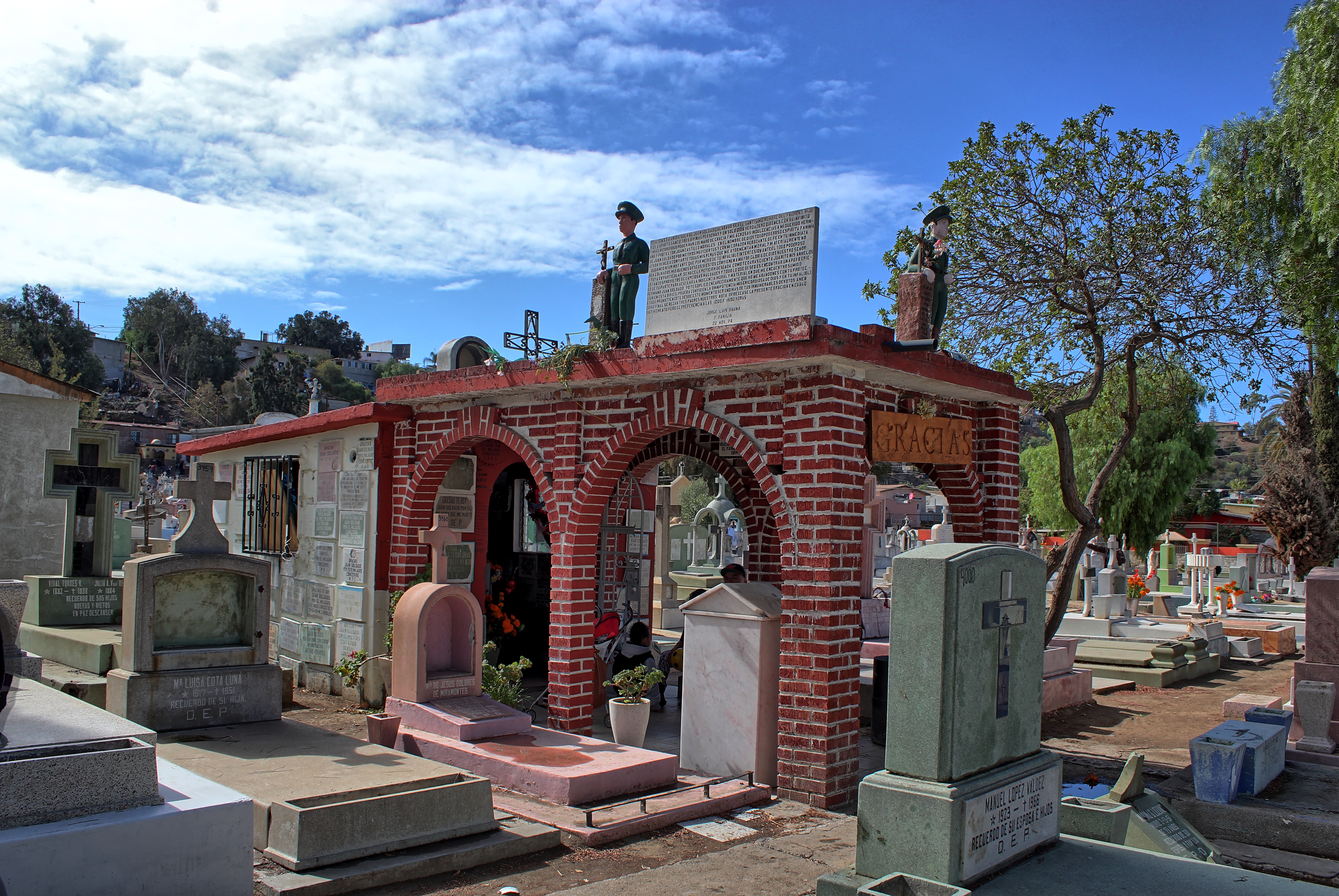 Other shrines to Juan Soldado can be found elsewhere throughout the region, while votive candles, ex voto cards and other religious items devoted to him are sold throughout northwestern Mexico and the areas of California and Arizona where immigrants passing through the region have established communities. Similar cults have arisen around the gravesites of other victims of injustice who met a violent death and who are believed to have the power to intercede on behalf of those who pray for them.