Avenida Revolución is known as the business card of Tijuana, “The most visited city in the world”. It was known for its famous cantinas including, “La Ballena”, the largest bar in the world when it was open. The city was popular with American Navy sailors until the United States Navy prohibited sailors from visiting Tijuana.

From 1989 to 1994 the Avenida’s Baby Rock discothèque was the claimed to be #1 club in the world based on gross revenues, before becoming in 2012 the Onixeus. Adjacent to the Avenida Revolución is the Zona Norte, the town’s red light district.

A popular tourist attraction is taking a picture with a Tijuana Zebra, which is really a donkey painted to look like a zebra, but only a few are left.  At night, most of the shop keepers close as some night club and bars open. Numerous pharmacies are frequented by Americans who cross the border in search of cheaper medicines. 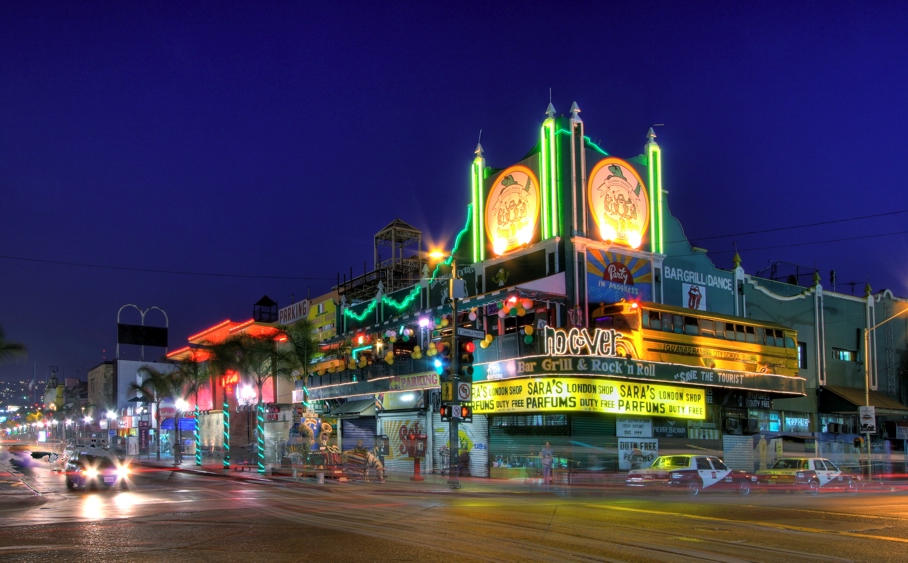 The Avenida was remodeled a few years back to accommodate more people walking around and less cars driving by. Currently, the street is the center of tourist activity. The long avenue is home to several distinct attractions, from cantinas and table dance bars to numerous dance clubs and art galleries.