The work of CERN involves thousands of scientists from over 100 countries, who work collaboratively. Each advancement leads to further discovery and innovation, and the forging of new relationships. Since the Laboratory’s establishment in 1954, men and women have been tapping into a rare brand of creativity to forge a unique culture. 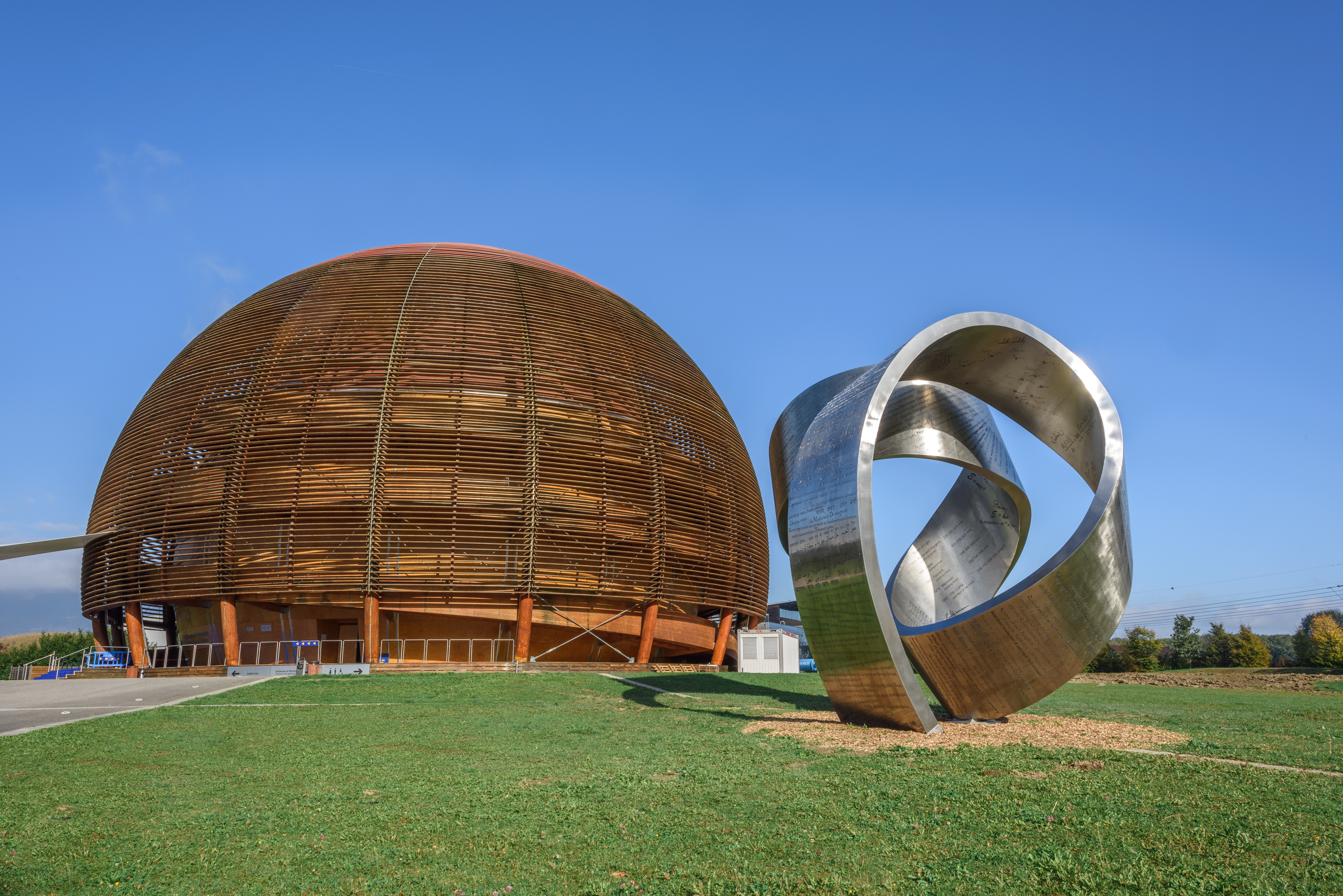 The sculpture narrates this story of how knowledge is passed down through the generations, grows until it is fully formed and contributes to the development of all. From the Mesopotamians’ cuneiform script to the mathematical formalism behind the discovery of the Higgs boson, the language of science becomes universal and goes hand in hand with the sharing of a common dream. “Wandering the Immeasurable” by Gayle Hermick stands as a final installation, 7.09 metres high by 10.33 metres wide, comprises two stainless steel entwined ribbons that depict a selective chronology of innovations in physics, from the earliest revelations to present experimentation. The outward facing layer is laser cut with discoveries, presented in the language of the physicist, and follows the migration of science, reflecting how scientific information is shared throughout the world and over time. Corresponding equations are engraved on the inward-facing layer and are meant to resemble the musings of the physicists. They illustrate the aesthetic and esoteric nature of the mathematics behind physics. The sculpture bends in space, ending in mid-air—awaiting the next era of advancement and discovery. Its curve reflects the infinite possibilities presented to us by continual exploration of the complexities that contribute to the fabric of science.