The oldest known petroglyphs in North America, which are cut into several boulders in western Nevada, date to at least 10,500 years ago and perhaps even as far back as 14,800 years ago.

The petroglyphs located at the Winnemucca Lake petroglyph site 35 miles northeast of Reno consist of large, deeply carved grooves and dots forming complex designs on several large limestone boulders that have been known about for decades.

Although there are no people, animals or handprint symbols depicted, the petroglyph designs include a series of vertical, chain-like symbols and a number of smaller pits deeply incised with a type of hard rock scraper. 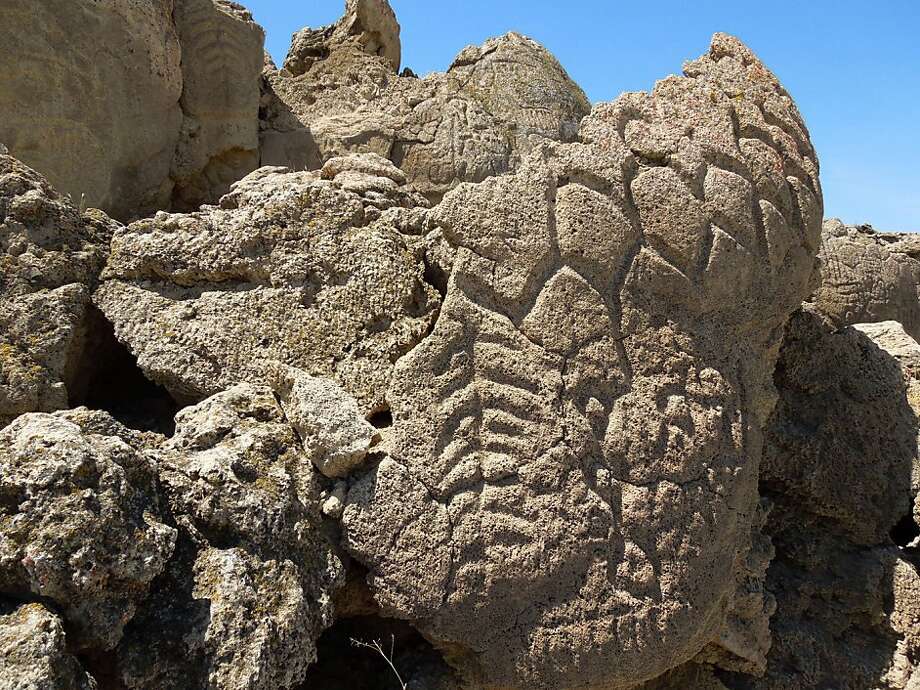 Archeologists used several methods to date the petroglyphs, including determining when the water level the Winnemucca Lake subbasin — which back then was a single body of water connecting the now-dry Winnemucca Lake and the existing Pyramid Lake — reached the specific elevation of 3,960 feet. 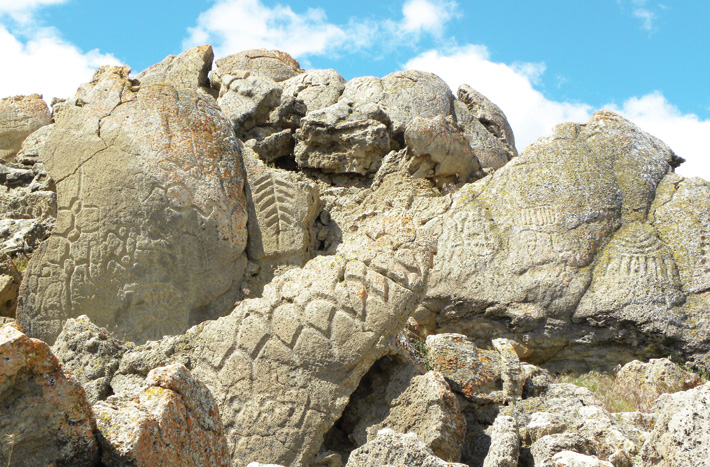 The elevation was key to the study because it marked the maximum height the ancient lake system could have reached before it began spilling excess water over Emerson Pass to the north. When the lake level was at this height, the petroglyph-peppered boulders were submerged and therefore not accessible for carving, said Benson, an adjunct curator of anthropology at the University of Colorado Museum of Natural History.