Gonzalo Fonseca was born in Montevideo and lived in the United States. He studied architecture and was a disciple of Joaquín Torres García, promoter of American constructive universalism. 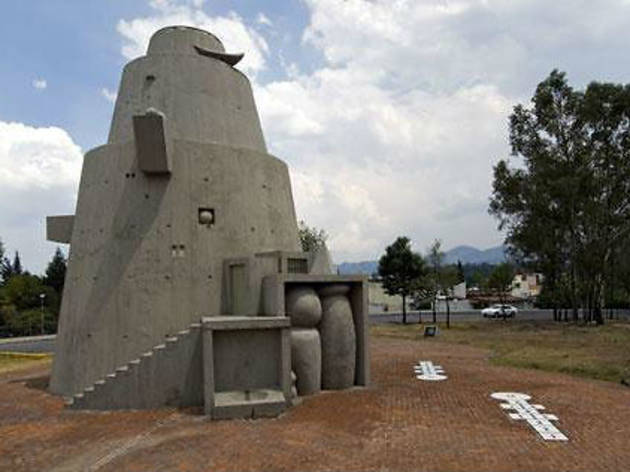 He represented Uruguay at the Venice Biennale in 1990. His work is included in the permanent collections of the Brooklyn Museum and the Guggenheim Museum in New York, the Portland Museum of Art in Oregon and the Museum of Fine Arts in Caracas, among others.

Unlike the other sculptures that make up the Olimpic Friendship Route, the Tower of the Winds is a habitable sculpture that includes the idea of ​​the active spectator in terms of movement within space. Inside there is a space of 80 m2. with minimalist aesthetics and occupied by geometric elements that make reference to the furniture of the interior of a home.

Outside, innumerable objects take us back to Fonseca’s years of archeology, even the Torre itself has the shape of a grain silo with a height of 13 m. armed in concrete cast with soul of beams of PTR its average of life round thousands of years for the strength of its construction. Its location is right in the middle of Periférico at the junction with Zacatepetl street.