The dissected body of Zuyaqui, the dog that has detected the most drugs in Mexico, stands guard over the gold pistols with Versace logo of the drug lords in the Military Narcotics Museum. 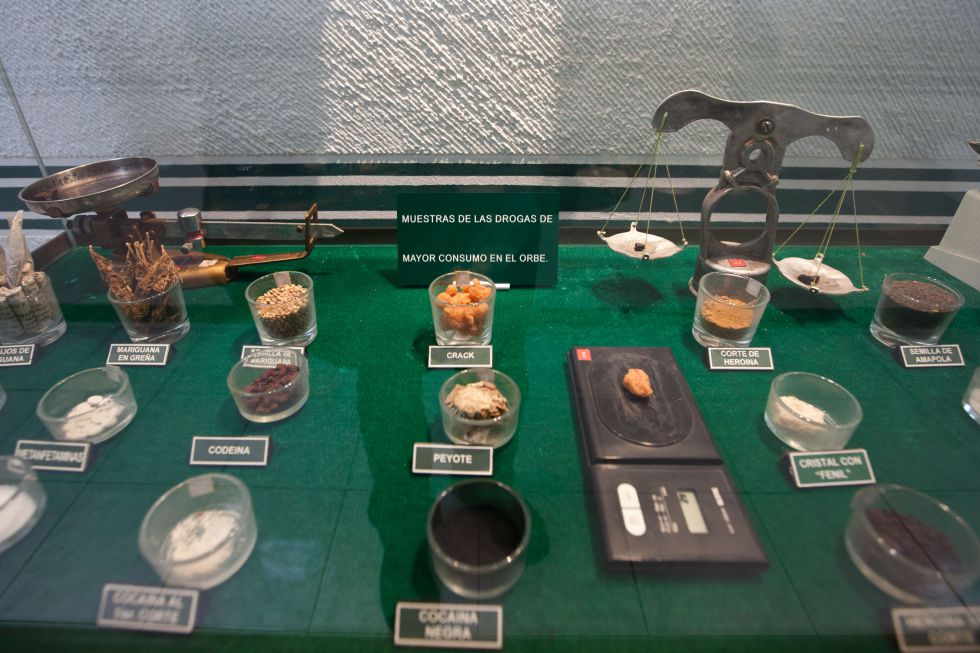 Nearly two dozen golden weapons, some with more than a hundred small diamonds in the butt and others with the name of the hit man – like ‘El Matadore’ or ‘The Ambassador’ – engraved in the canyon, sleep in their showcases, located in the heart of the headquarters of the Secretariat of National Defense (Sedena), in the Mexican capital.

The luxury of narcoculture is exhibited by all kinds of objects seized from capos and detained lieutenants, such as Daniel Pérez Rojas’ golden mobile phone, shoes with double sole in which marijuana was found. The hallmark of the zeta cartel members, a gold pendant in the form of a coin with a Z engraved in the center, is also there.

The museum, which is not open to the public, has a didactic purpose, for the military itself and for the training of professionals such as lawyers and criminologists.