According to woo researcher Thomas Bearden, the Scalar Interferometer is a powerful superweapon that the Soviet Union used for years to modify weather in the rest of the world. It taps the quantum vacuum energy, using a method discovered by T. Henry Moray in the 1920s. It may have brought down the Columbia spacecraft. However, some conspiracy theorists believe Bearden is an agent of disinformation on this topic.

Bearden was pushing the medical effects of scalar waves as early as 1991. He specifically attributed their powers to cure AIDS, cancer and genetic diseases to their quantum effects and their use in “engineering the Schrödinger equation.” They are also useful in mind control.

Scalar waves appear to have broken out into the woo mainstream around 2005 or 2006, with this text (now widely quoted as the standard explanation) from The Heart of Health; the Principles of Physical Health and Vitality by Stephen Linsteadt, NHD: 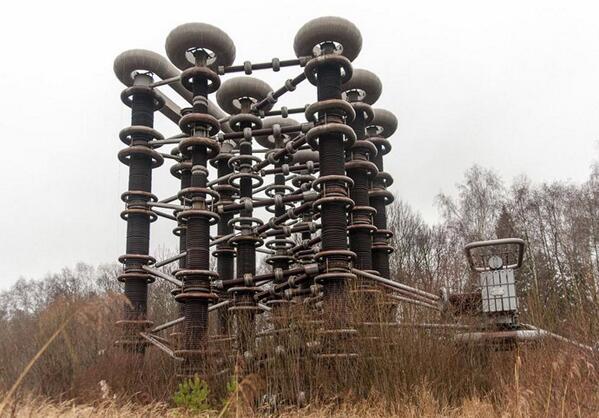 Scalar waves are produced when two electromagnetic waves of the same frequency are exactly out of phase (opposite to each other) and the amplitudes subtract and cancel or destroy each other. The result is not exactly an annihilation of magnetic fields but a transformation of energy back into a scalar wave. This scalar field has reverted back to a vacuum state of potentiality. Scalar waves can be created by wrapping electrical wires around a figure eight in the shape of a Möbius coil.

When an electric current flows through the wires in opposite directions, the opposing electromagnetic fields from the two wires cancel each other and create a scalar wave. The DNA antenna in our cells’ energy production centers (mitochondria) assumes the shape of what is called a super-coil. Supercoil DNA look like a series of Möbius coils. These Möbius supercoil DNA are hypothetically able to generate scalar waves. Most cells in the body contain thousands of these Möbius supercoils, which are generating scalar waves throughout the cell and throughout the body.