In the 2015 James Bond film, -Spectre-, the opening sequence featured a Day of the Dead parade in the Mexico City’s streets. 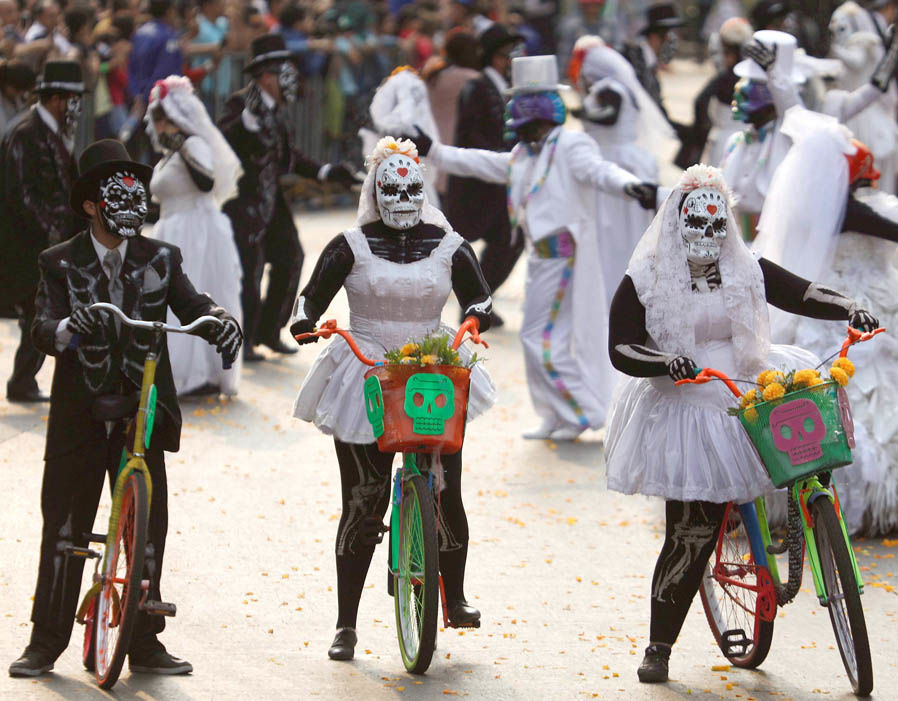 The movie opens with a wide shot of an elaborate Day of the Dead parade, then zooms in to introduce a villain before the camera veers over to Daniel Craig’s James Bond walking down the street with a woman and entering the Gran Hotel Ciudad de Mexico. 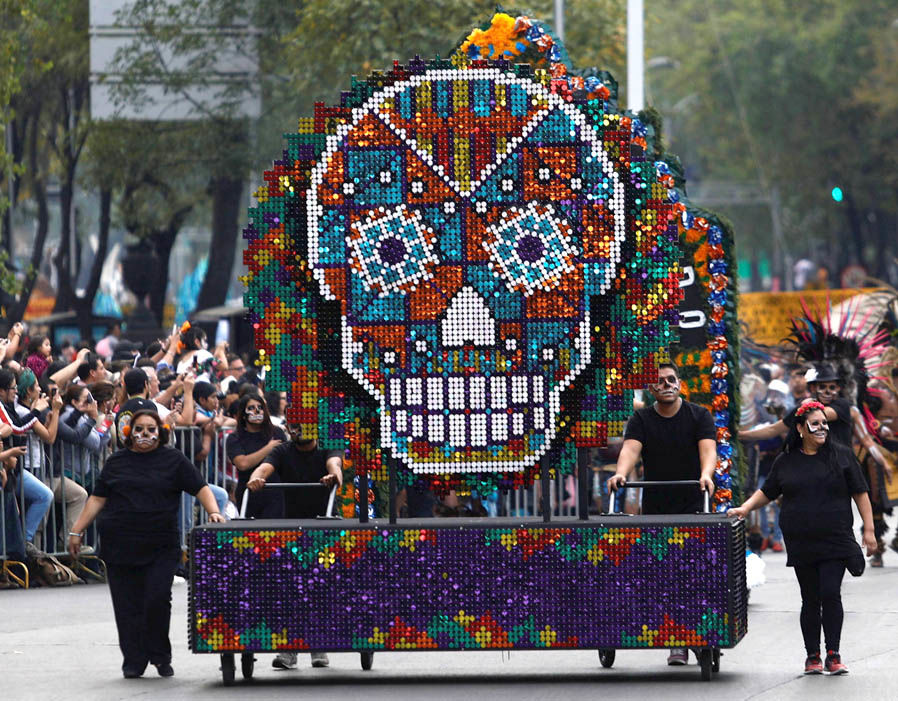 At the time, no such parade took place in Mexico City; one year later, due to the interest in the film and the government projects related to the pre-Hispanic culture promotion,  the federal and local authorities decided to organize an actual “Día de Muertos” parade through Paseo de la Reforma and Centro Historico.