It is said that in Guatemala there is a place where things roll “up slope” by gravity. It is known as “El Paso Misterioso”, located 130 Kms from Guatemala City on the road that leads from Cocales, Suchitepéquez, to San Lucas Tolimán, Sololá.

This site is a reason for curiosity and visited by many people to see the “phenomenon”. People park their cars disconnect and see how the vehicle begins to move up slope and not where the logic says: down. Other people put cans of drinks, balls, spill water … To see how everything runs – as it is observed – “hanging up on the road” in what looks like a fault of terrestrial gravity … What can it be? 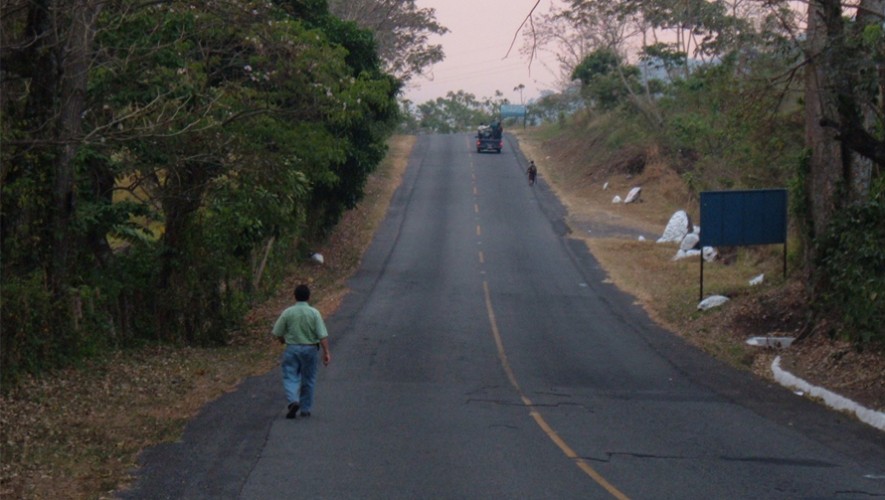 It is simply a visual phenomenon by the configuration of the immediate landscape. The strokes and the horizon create the illusion that we are on a slope above when in fact it is downhill, and then our eyes play a trick.