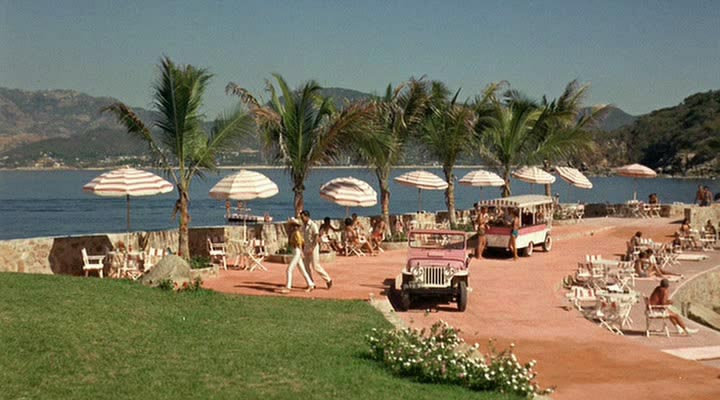 Elvis Presley liked pink Jeeps enough to buy one for his Graceland estate. But he did not go to Acapulco, Mexico for the shooting of his 1963 film, so he never saw the famous pink and white Jeeps of Las Brisas Hotel, except on the rear projection screen behind him on a Paramount stage in Hollywood.

In this shot Elvis rides a stationary bicycle as he sings “Mexico.” The song was a big hit around the world, at the end of Elvis’ song on the bicycle, we get a glimpse of a Acapulco streets in the distance. The wide shots for the movie were done on location in Acapulco with a double for Presley 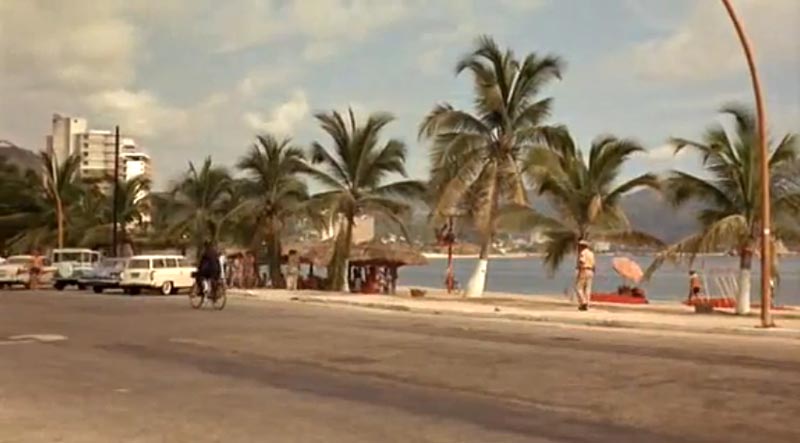 Elvis was never in Acapulco to film this movie and did not even step on Mexico. The locations and images were photomontages in other locations created thanks to the Mexican actress Katy Jurado, who was asked for help in the realization of this film.