The bodies of the cardinals Garibi Rivera, Salazar López, the bishops Gómez de Mendiola and Leon Garabito, the latter with dates of death of 1576 and 1694, share space with that of Posadas Ocampo, located just below the altar of the property in The Metropolitan Cathedral of Guadalajara, Mexico.

The tomb is kept in the custody of a sculpture in which Mary embraces Jesus of Nazareth after her martyrdom; and a photograph of the cardinal accompanies her. The assassination of Cardinal Juan Jesus Posadas Ocampo in May 1993 was politically tinged after the events were not clarified. 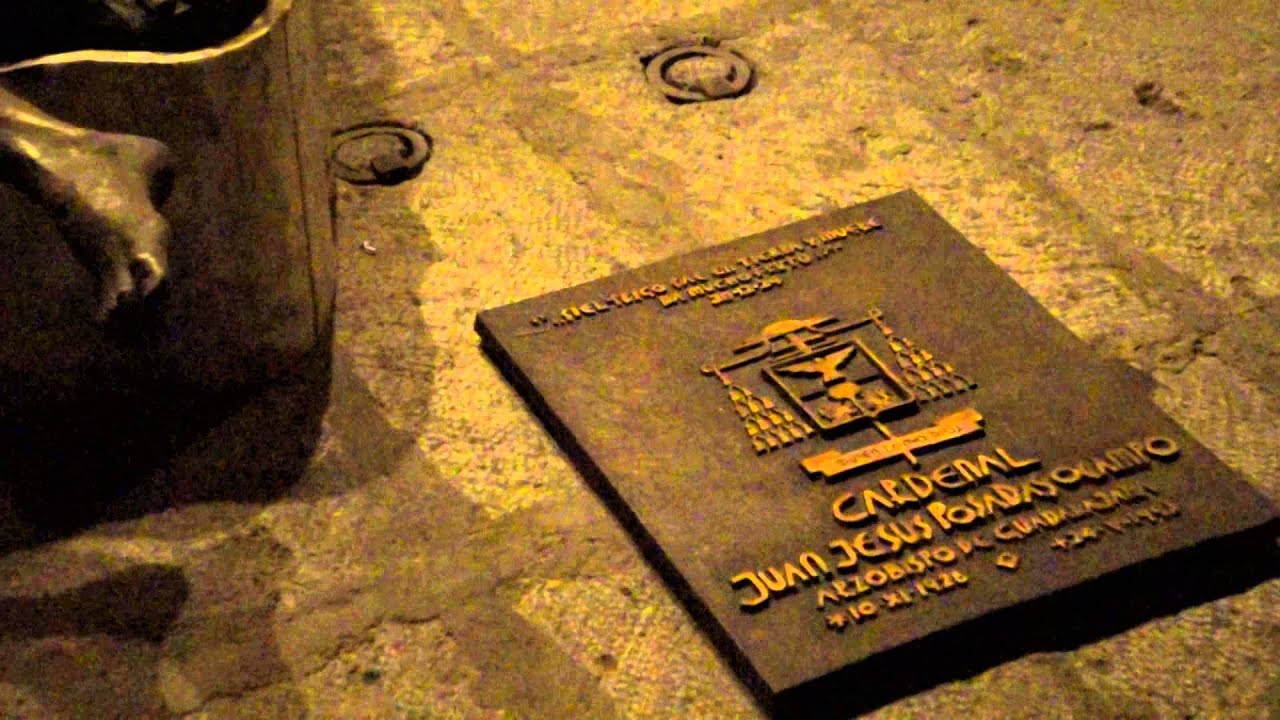 The Mexican Attorney General had argued that Cardinal Posadas was a victim of crossfire between rival drug traffickers, one of the sides trying to kill the leader of the opposing side “Chapo” Guzman. The Attorney General’s Office, together with the Government of the State of Jalisco and the Mexican Catholic Church concluded on May 24, 1999 that Cardinal Posadas did not die as a result of such “confusion”, but was riddled in the act of getting down of his automobile, reason why could be easily identifiable by his assassin.