The Expiatorio temple is a fixture of the city of Leon, Mexico, although its greatest point of interest is unknown even to some locals. This is the labyrinth of catacombs under the building, formed by seven crypts, where the remains of 1,919 people rest. 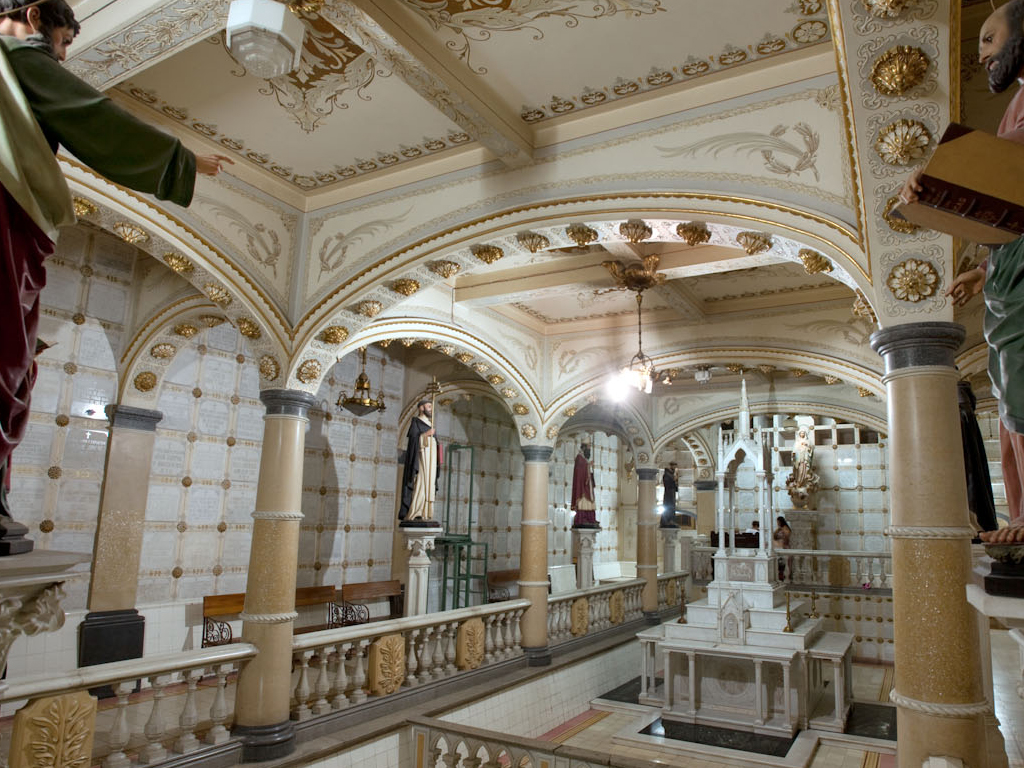 The catacombs may be explored by visitors willing to brave the narrow, dark, and at times claustrophobic atmosphere. The crypts were designed to support the temple’s construction, which began in 1924 but was soon interrupted by a great flood two years later. Not long after that, the religious conflict of the Cristero War began, so it wasn’t until 1930 that the work was resumed. Over 80 years later, the temple was still not complete, and locals remarked that when the church’s construction finally finished, doomsday would arrive. The prophecy thankfully did not come to be; construction concluded in 2012, celebrated with the visit by Pope Benedict XVI.