The man of Balderas was found during the immense work in the construction of the Metro of Mexico City. In the late sixties, a skeleton of a man was discovered during the excavation of the Balderas Metro station

He was nicknamed “The Man of  Balderas”. The bones of this American paleo were identified and compared with those of the Woman of the Rock.

This individual was buried by the volcanic ash emitted by Nevado de Toluca, which entered into a Plinian eruption 10,500 years ago. The remains of Balderas man were later associated with another archaeological discovery made in 1984: The human remains of The Chimalhuacán Man. 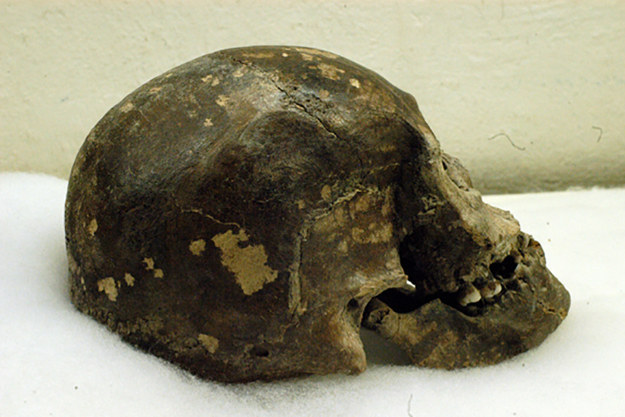 These two skeletons, along with the bones of mammoths and many other megafauna specimens (saber-toothed tigers or Smilodon, bison, gliptodontes, camelids and equines) are found in the same central region of Mexico, all dating back to the same time: 10,500 years, and all died due to the eruption of the volcano Nevado de Toluca, one of the four most important volcanoes in Mexico.