Another of the amazing landscapes in the Cuatro Ciénegas valley in Coahuila, Mexico, are the gypsum dunes, a white desert formed by glowing sand crystals. 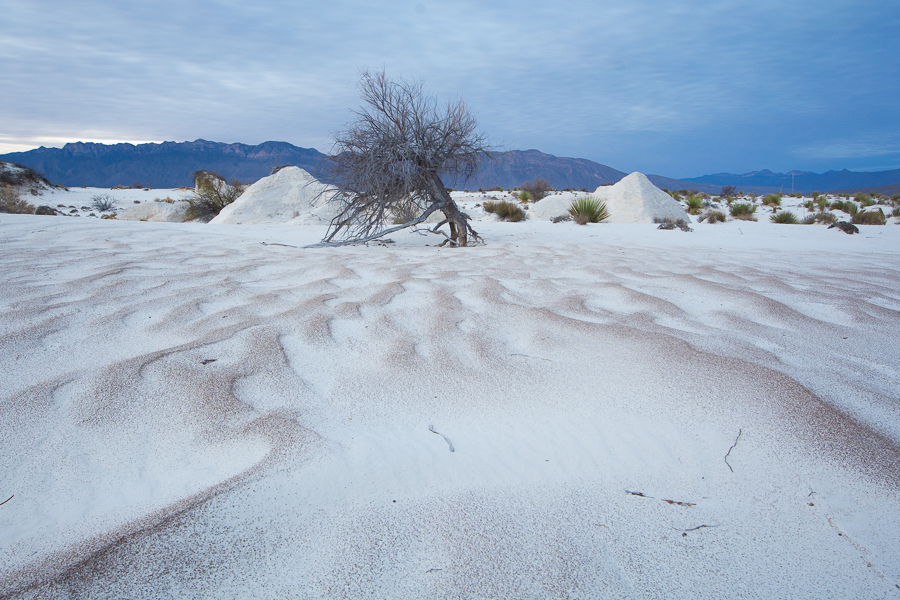 It is a natural landscape quite atypical. In fact only another ecosystem is known in New Mexico. Going in without sunglasses is almost impossible because the glow is very harmful and you must cover your body (like the Arabs in the Saharan desert) as the sun’s rays burn you.

We started walking and felt the ground quite rigid, did not sink like beach sand. The plaster as we were explained is calcium sulfate, which is why its firm and hard texture and its color so white.

The valley of Cuatro Ciénegas millions of years ago was covered by sea, through the ages, the sea disappeared and the sea floor emerged. The wind was moving those grains of sand and depositing them in a certain area. This area consists of 800 acres of gypsum. The great concentration of gypsum favored the adaptation of diverse species of flora and fauna. It is not a docile ecosystem and yet you can see many different species of plants that are also observed in other ecosystems. Yuccas, sotoles and mesquites predominate.

Many plants are observed half buried and this is because the wind is constantly molding the dunes and often covers vegetation surfaces. In the same way erodes some dunes and sometimes lets see plants that were trapped. It really is exciting to be able to observe the behavior of such a peculiar and inhospitable ecosystem.