Filming ‘Los Olvidados’ for Luis Buñuel, as well as a first personal project in his Mexican filmmaking, represented the international reappearance after a prolonged filmic silence: after the surrealist scandals of An Andalusian Dog (1928) and The Golden Age (1930), a unsuccessful stay in Hollywood. 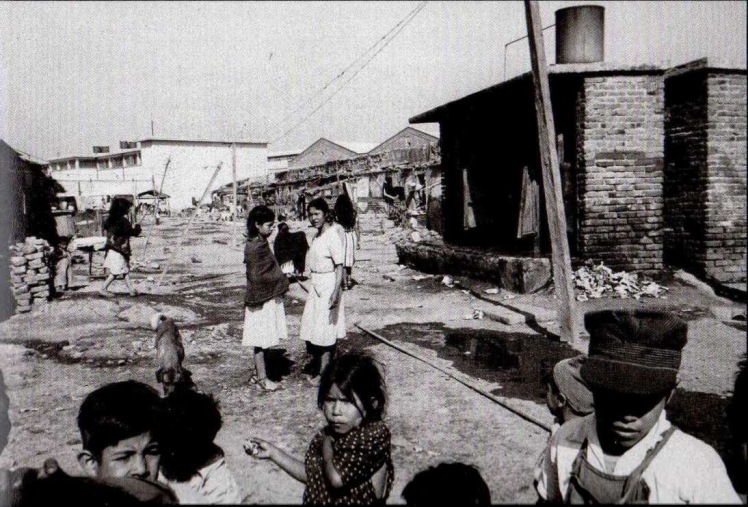 Los Olvidados was filmed in 21 days, in the old Tepeyac studios and in some real locations such as Romita square in Roma colony, Tlalpan Correctional Farm, Doctores neighborhood , and above all, in the old indigenous village Of Nonoalco, which during the six years of López Mateos would be converted into the Housing Unit Nonoalco Tlatelolco, “the largest and most modern in Latin America.”

The film is in the line of Italian neorealism, to which Buñuel brings its surrealistic touch as can be seen in the sequence of Pedro’s dream, the obsession with hens or the egg thrown into the camera. Pedro, El Jaibo, Meche, El Ojitos or the blind Carmelo are not good or bad characters: they live gray stocks trying to survive in the midst of Mexican capital misery; not because they are poor, they are in solidarity, their world encloses them and limits their options. Buñuel was able to impose his personal seal on the film, of eminent realist court, by means of the intrusion of powerful dreamlike images, such as that of the hen that witnesses the beating to the blind, or Pedro’s dream, which brought him closer to his surrealistic vein.

Los Olvidados, along with Fritz Lang’s Metropolis, all the filmmaking of the Lumière brothers and The Wizard of Oz by Victor Fleming are the only pieces of the seventh art that have received the UNESCO Memory of the World distinction.