Herman Webster Mudgett (May 16, 1861 – May 7, 1896), better known under the name of Dr. Henry Howard Holmes or more commonly H. H. Holmes, was one of the first documented serial killers in the modern sense of the term. While working in the Chemical Bank building on Dearborn Street, Holmes met and became close friends with Benjamin Pitezel, a carpenter with a criminal past who was exhibiting, in the same building, a coal bin which he had invented. Holmes used Pitezel as his right-hand man for several criminal schemes; a district attorney later described Pitezel as “Holmes’ tool … his creature”.

One of Holmes’ early murder victims was his mistress, Julia Smythe. She was the wife of Ned Conner, who had moved into Holmes’ building and began working at his pharmacy’s jewelry counter. After Conner found out about Smythe’s affair with Holmes, he quit his job and moved away, leaving Smythe and her daughter Pearl behind. Smythe gained custody of Pearl and remained at the hotel, continuing her relationship with Holmes. Julia and Pearl disappeared on Christmas of 1891, and Holmes later claimed that she had died during an abortion, though what truly happened to the two was never confirmed. Another likely Holmes paramour, Emeline Cigrande, began working in the building in May 1892, and disappeared that December.

In early 1893, a one-time actress named Minnie Williams moved to Chicago; Holmes claimed to have met her in an employment office, though there were rumors that he had met her in Boston years earlier. He offered her a job at the hotel as his personal stenographer, and she accepted. Holmes was able to persuade Williams to transfer the deed to her property in Fort Worth, Texas to a man named Alexander Bond (an alias of Holmes). In April 1893, Williams transferred the deed, with Holmes serving as the notary (Holmes later signed the deed over to Pitezel, giving him the alias “Benton T. Lyman”). The next month, Holmes and Williams, presenting themselves as man and wife, rented an apartment in Chicago’s Lincoln Park. Minnie’s sister, Nannie, came to visit, and in July, she wrote to her aunt that she planned to accompany “Brother Harry” to Europe. Neither Minnie nor Nannie were seen alive after July 5, 1893. 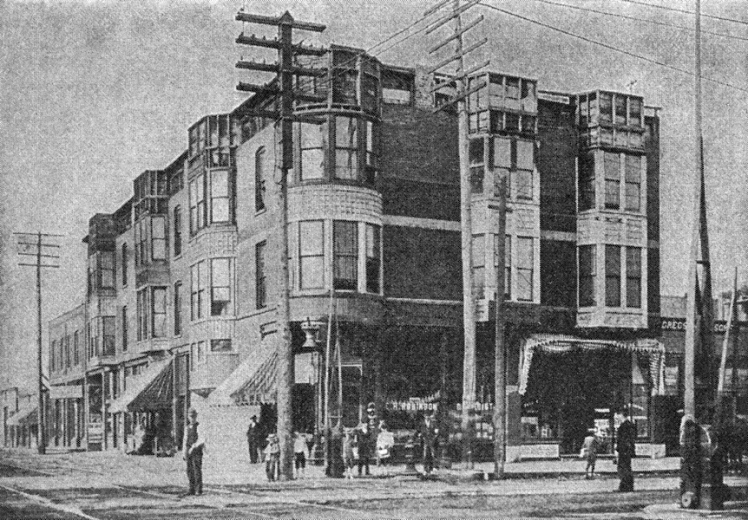 Following the discovery of Alice and Nellie’s bodies, in July 1895, Chicago police and reporters began investigating Holmes’ building in Englewood, now locally referred to as “The Castle”. Though many sensational claims were made, no evidence was found which could have convicted Holmes in Chicago. According to Selzer, stories of torture equipment found in the building are 20th century fiction.

The case was notorious in its time and received wide publicity in the international press. Interest in Holmes’s crimes was revived in 2003 by Erik Larson’s The Devil in the White City: Murder, Magic, and Madness at the Fair That Changed America, a best-selling nonfiction book that juxtaposed an account of the planning and staging of the World’s Fair with Holmes’s story. His story had been previously chronicled in The Torture Doctor by David Franke (1975) and Depraved: The Shocking True Story of America’s First Serial Killer by Harold Schechter (1994), as well as “The Monster of Sixty-Third Street” chapter in Gem of the Prairie: An Informal History of the Chicago Underworld by Herbert Asbury (1940, republished 1986). Asbury’s account drew heavily on 1890s tabloids and included several claims – such as the “200 victims” figure, Holmes killing Dr. Holton and torture equipment found in the castle – that, according to Selzer, were the products of his own imagination.