ISKCON: International Society for Krishna Consciousness, also known as Hare Krishna is religious movement founded in 1966 by Bhaktivedanta Swami, and is dedicated as much to practice as to spread Bengali khrisnaism (a style of Hinduism that practices bhakti – devotion – to the god Krisná or the Supreme personality of God). The Krishna Temple in Mexico City is in San Miguel Chapultepec neighborhood.

ISKCON is a global confederation with more than 400 centers, 60 farm communities, 50 schools and 90 restaurants. In recent years it has had an astonishing expansion, despite having been declared as a destructive sect by the European Parliament, the governments of Germany, France and Israel.

In the early 1970s, ISKCON became popular once the physical and sexual abuse of children between the ages of four and eight who were attending schools of the organization became known. Most of these schools, called gurukulas, tended to be attended by young people (celibate monks) without any study or training in pedagogy. 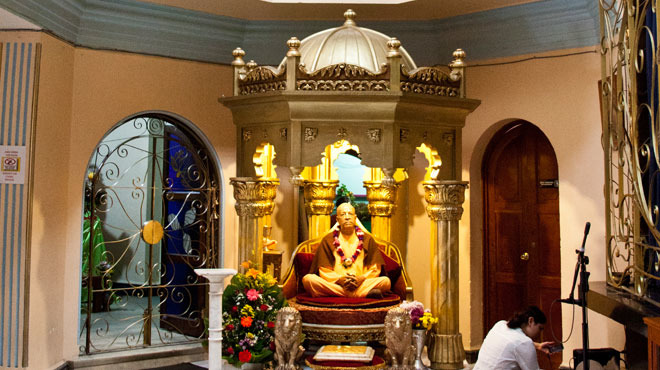