This place is located in the city of Querétaro, Mexico. It is said that the house is haunted due to the events that happened inside, in 1989, Claudia Mijangos murdered her three children: Alfredo Antonio, Ana Belén and Claudia Maria. Mijangos said she committed the crime because she had been possessed by a diabolical entity.

There are different versions of the events that occurred on April 24, 1989. It is said that, months before the tragedy, Claudia Mijangos, then 33, had begun to experience strong psychotic attacks. She said that she saw demons and angels, she began to formulate inconsistencies, in the most tense moments of her attacks she was psychologically decomposed.

The stories tell that you can hear the crying of the children emerging from the interior of the house and that on the second floor it is possible to see a child popping up from time to time through the window. 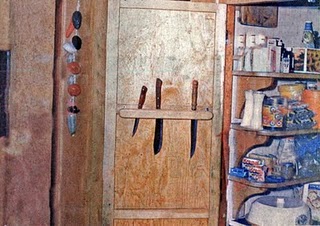 The case caused so much stir in the world that even Discovery Channel dedicated a chapter in its series Instinct Assassin.