From the darkest depths of the sea, and to the coast of the Indonesian province of Maluku, was dragged a mysterious creature that has unleashed controversy. 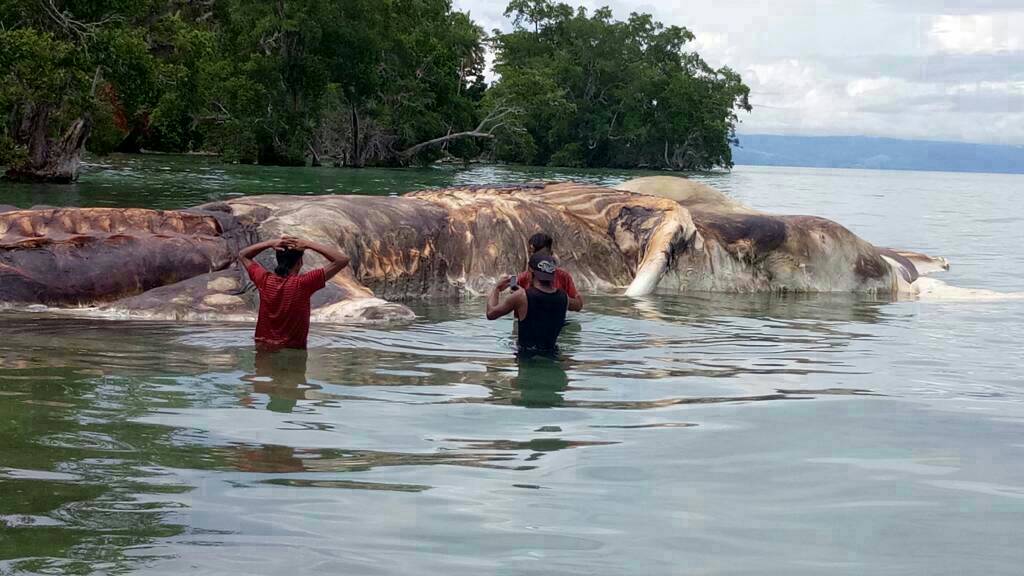 “A giant squid was dragged to the coast of Seram Island, in the village of Hulung,” says the narrator. “By how it looks, it is difficult to calculate how many people would fit in the creature, if it eats people. This is a strange animal.It is about 10 meters long … Fifteen, fifteen meters.”

This is not the first time strange things happen in Indonesia. In 2015, a similar corpse came to Pulau Hatta and everyone thought it was a giant octopus.