People engaged in illegal gasoline milking are known as huachicoleros, called so by huachicol – a term that was initially used to refer to adulterated diesel. 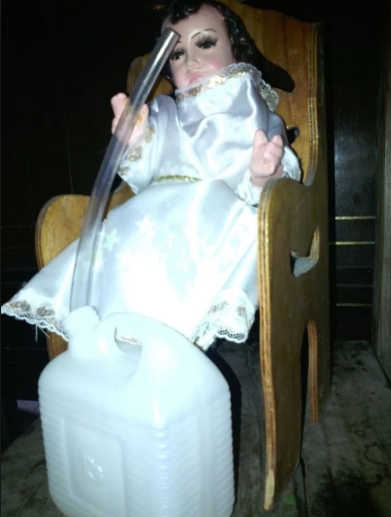 It is now known that the people of the Red Triangle entrust themselves to the Huachicolero Child and ask him to avoid their detention when they are milking clandestine shots, to avoid fires where they protect the fuel and protect their families. Likewise, according to residents of the area, in some houses in Palmar de Bravo, Puebla, have installed chapels to honor the image of the Child.