In Mexico City Downtown, a rectangular platform with an estimated length of 34 meters was located at a depth of two meters, in which there was, at its core, an elaborate circular element of human skulls united with lime, sand and gravel of tezontle, which has been identified as the great Tzompantli of Mexico-Tenochitlan by specialists of the National Institute of Anthropology and History (INAH).

Tzompantli was an altar where the bloody heads of the captives sacrificed for the purpose of honoring the gods were impaled before the public eye. It is a structure that derived from the practice among ancient Mesoamericans of decapitating the victims of human sacrifices and preserving their skulls in a kind of wooden palisade. 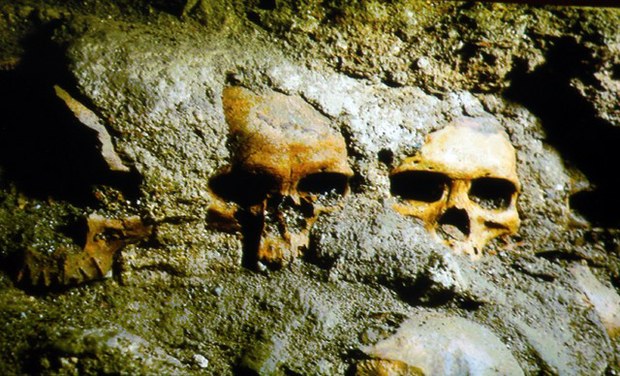 It is a tezontle wall with a stucco coating and floor slabs, oriented from north to south, which had associated jaws and fragments of scattered skulls on the platform and an elaborate circular element of human skulls joined with mortar. 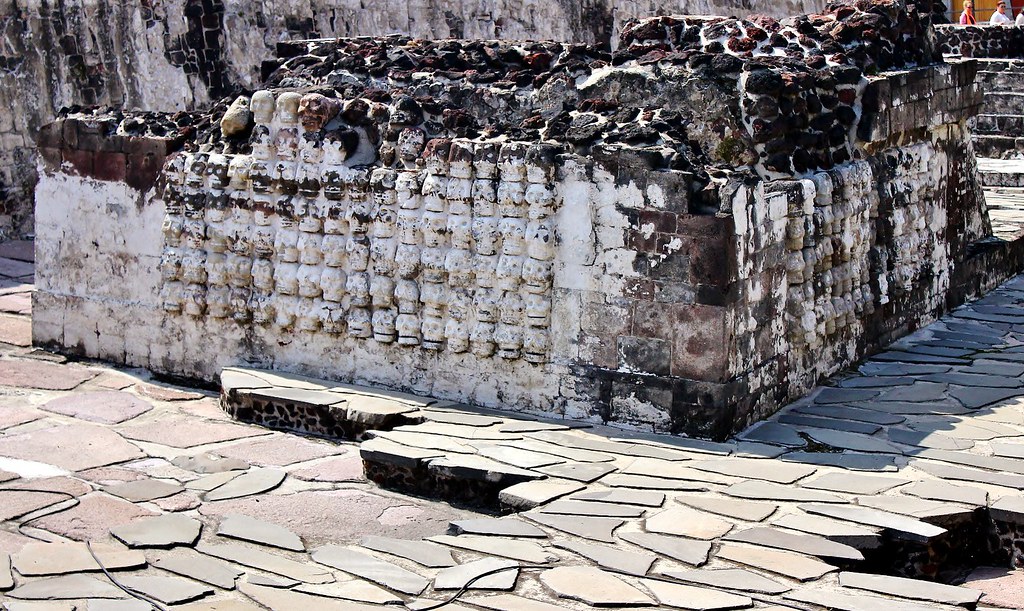 The Tzompantli corresponds to the sixth constructive stage of the Templo Mayor (1486-1502). Another part of this architectural structure was destroyed in colonial times by the construction of a historic building, but you can see on the floor the footprints of the posts or wooden beams where the skulls were inserted.

Most skulls – some with holes in the parietals but others without this feature – correspond to young adult men, but there are also some women and children. So far 35 skulls have been found, but there must be thousands of them associated with this space. Many of these skulls were removed and altered during the Conquest, when the city of Tenochtitlan and the Sacred Area were destroyed.