Lluvia de Peces (Rain of Fish) is a phenomenon that has allegedly been occurring yearly for more than a century in Yoro, Honduras. It is also known as the aguacero de pescado. 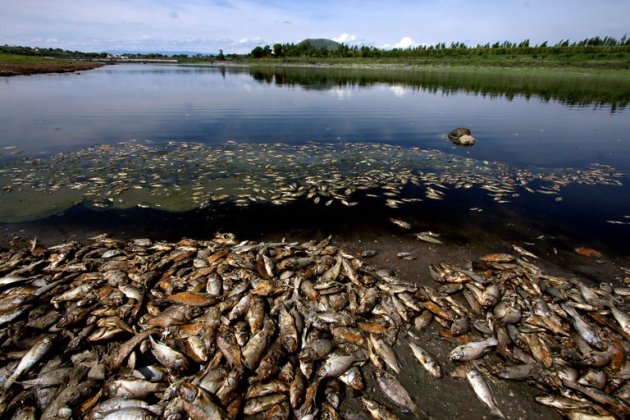 Beginning in 1998, locals of Honduras have held an annual Festival de Lluvia de Peces to celebrate the phenomenon. The date of the festival is variable, coinciding with the first major rainfall in May or June. The festival includes a parade and carnival.

The explanation generally offered for the rain of fish is meteorological, often speculated to be strong winds or waterspouts (fishnados), as is commonly proposed when attempting to explain similar occurrences of raining animals. The nearest marine source for the fish is the Atlantic Ocean, about 200 km (140 miles) away, though this explanation might be seen as unlikely due to the improbability of waterspouts collecting fish in the open sea every year in May or June and transporting them directly to Yoro.

Spanish priest Father José Manuel de Jesus Subirana was a figure in the history of Christianity in Honduras. He arrived in Honduras in 1855 and worked there until his death in 1864. Today the name of Father Subirana is linked with the legend of Yoro fish rain.

The legend tells the following: “Father Subirana saw how poor are the people in Honduras and prayed 3 days and 3 nights asking God for miracle to help the poor people and to provide them food. After these three days and nights God took note on this and there came a dark cloud. Lots of tasty fish rained from the sky, feeding all the people. Since then this wonder is repeated every year.”