The house of the Zacatecana located at number 6 of the old street of “La Flor Alta” (currently Independencia No. 59) in the city of Queretaro is known under this name because of the mysterious legend, based on a fact that took place in 1859.

The writer Valentín F. Frías in his book “Las Calles de Querétaro” refers to the story as follows: “… The owner of this house of the seventeenth century, Zacatecana had her husband killed and then killed the executor of the murder and La Zacatecana finally had a well-deserved payment for her crimes, for a short time afterwards she was murdered, but no one knew who was the author of that revenge. 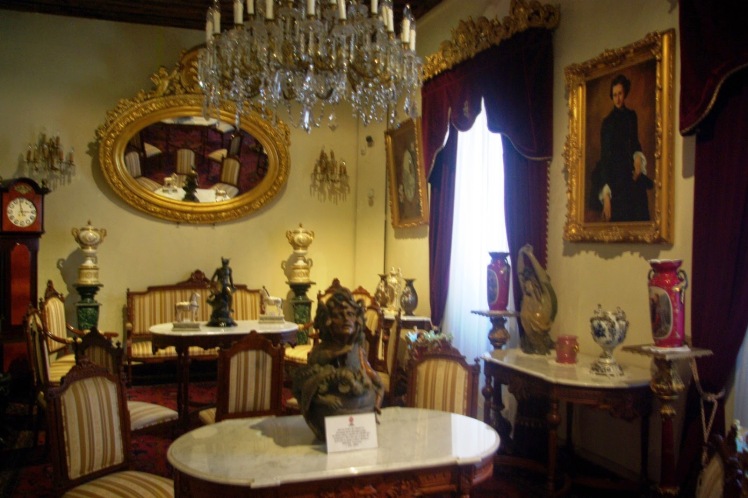 Valentín Frías points out in the same book that in 1867 the Proceso de Los Ilustres Personajes del Segundo Imperio was drafted here, and the body of the brave General Don Miguel Miramón was also embalmed.

In 1992 José Antonio Origel (q.e.p.d.) bought this house with the illusion of turning it into a museum and spread the legend. Unfortunately, Mr. Origel died in 1998, but his wife carried out the original idea, exposing here a collection of decorative art that includes porcelain, glassware, furniture, sacred art, painting, sculpture, among other articles ranging from the virreinal era to the beginning of the 20th century.