This man came twice a day to the Plaza de Armas to feed the pigeons and dedicated a large part of his life to his care and protection. When they saw him, they flew towards him, ate directly from his hand and stood on his shoulders. 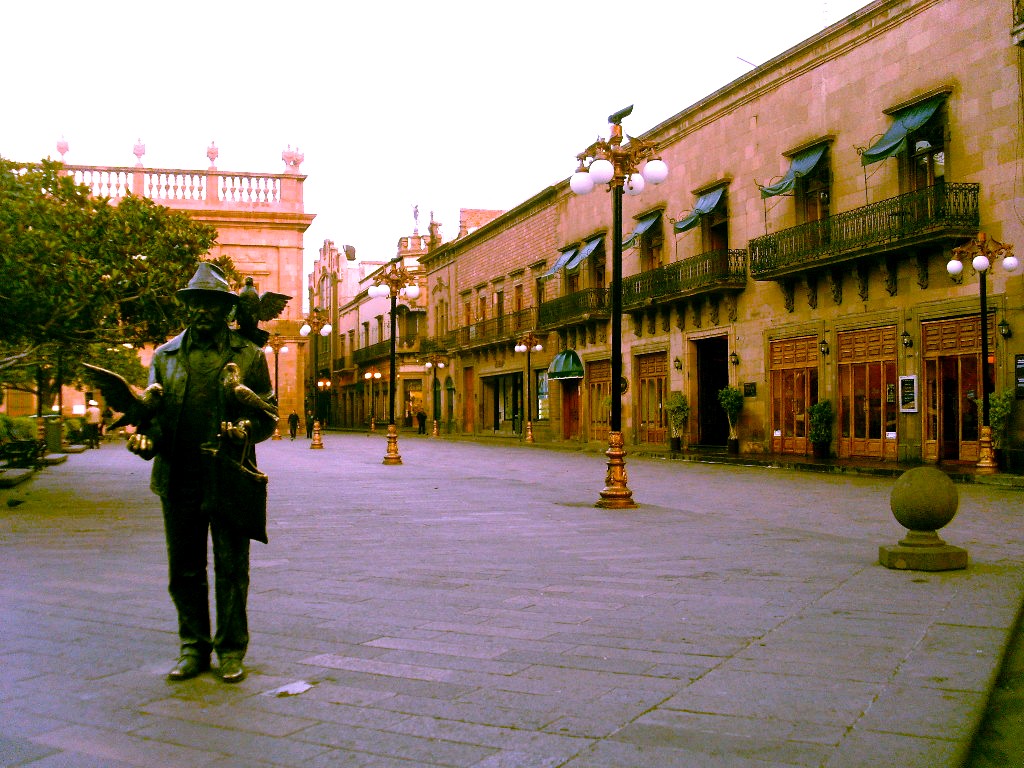 The sculpture that can now be seen in the Plaza de Armas is a life-size bronze work created by the sculptor Potosí Mario Cuevas. It is frequent to observe some people who come to leave food to the pigeons, depositing it in the sculpture and its surroundings, which allows to recreate that image of the man covered with pigeons.

On one occasion the council ordered the extermination of pigeons on the pretext that they damaged the quarry a lot, Don Jose’s dislike was so great that he fell ill, but as soon as he could stand up, he denounced the facts in the newspapers and received signs of solidarity By some people, like the painter Tere Caballero who began to paint posters allusive to the slaughter of pigeons.

The Lord of the Pigeons passed away at the age of 89, as a result of chronic renal insufficiency, being buried in the Cemetery of the Saucito, leaving an indelible memory whose image of generosity and love is patrimony of the potosinos. It is located in Plaza de Armas in front of the Palacio Municipal and Cathedral of San Luis Potosí.