The Ivanpah Solar Electric Generating System is a concentrated solar thermal plant in the Mojave Desert. 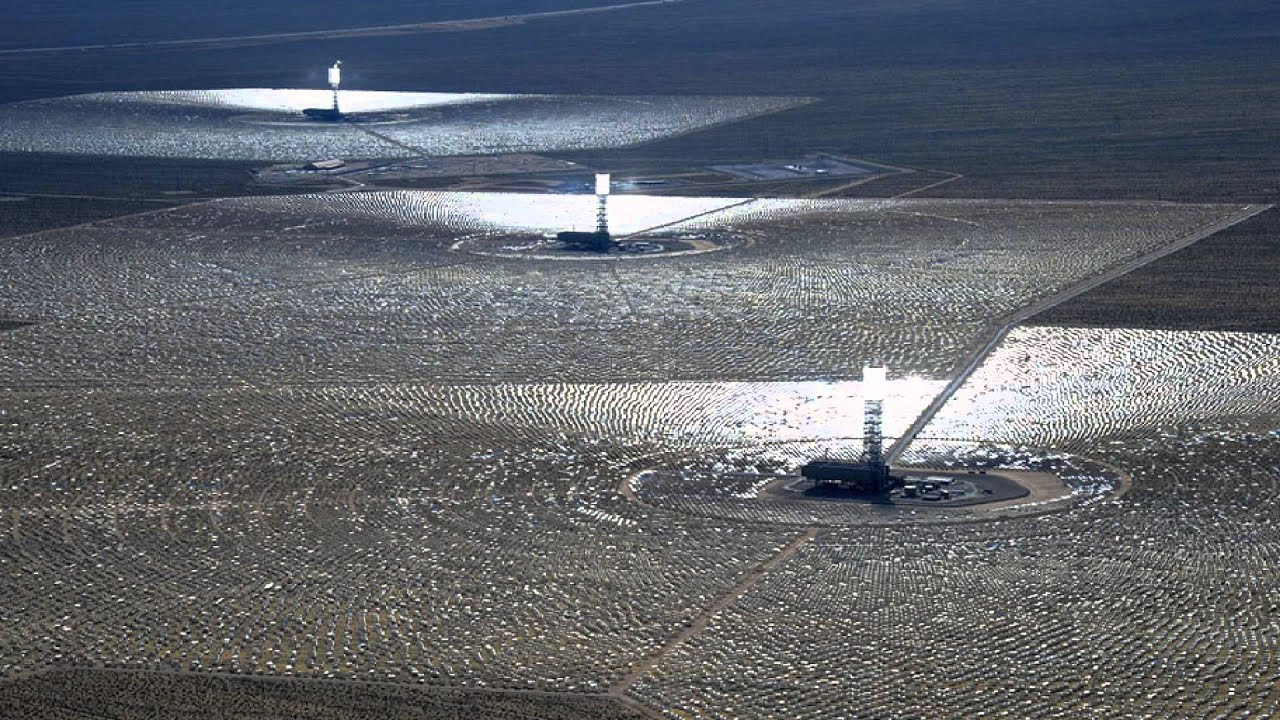 Located at the base of Clark Mountain in California, just over the state line between Primm, Nevada and Nipton, California, the plant has a gross capacity of 392 megawatts (MW).

The facility formally opened on February 13, 2014, and it is currently the world’s largest solar thermal power station. The Ivanpah installation was estimated, before operations started, to reduce carbon dioxide emissions by more than 400,000 tons annually. It was designed to minimize impacts on the natural environment compared to some photovoltaic solar facilities because the use of heliostats does not require as much grading of the land.

However, the facilities are fenced off to keep some terrestrial wildlife out, and initial studies indicate that birds face the risk of collision with the heliostat mirrors or from burning in solar flux created by the mirror field.

In 2012, the National Parks Conservation Association (NPCA) issued a report on the project, citing water concerns, damage to visual resources, and impacts on important desert species.

(Bird toasted on the fly)

During the trial of the plant in September 2013, 34 dead birds were found at the plant, 15 of which had heavily burned feathers, which staff at the plant referred to as “streamers” because they were burned in flight by the intense radiation from the heliostat mirrors. From February through June 2014, a team of biologists monitoring the number of bird deaths reported a total of 290.

More the 300 birds, including peregrine falcon, barn owl and yellow-rumped warbler were collected at Ivanpah and 47 of the deaths were attributed to solar flux.

Ivanpah might act as a ‘mega-trap’ for wildlife, with the bright light of the plant attracting insects, which in turn attract insect-eating birds that fly to their death in the intensely focused light rays.