The former Palace of the Counts of Santiago de Calimaya, is now the Museum of Mexico City, located on the corner of Pino Suárez and Republica de El Salvador streets, in the Historic Downtown.

In that corner, stands and guards, the famous head of snake that is conserved in the bottom of the building since Tenochtitlan was thriving until the present day.

Few have realized that the spectacular head of a snake finely carved in basalt during the Aztec era still survives. The piece was reused as a kind of decorative element for the construction of the Palace of the Counts of Calimaya 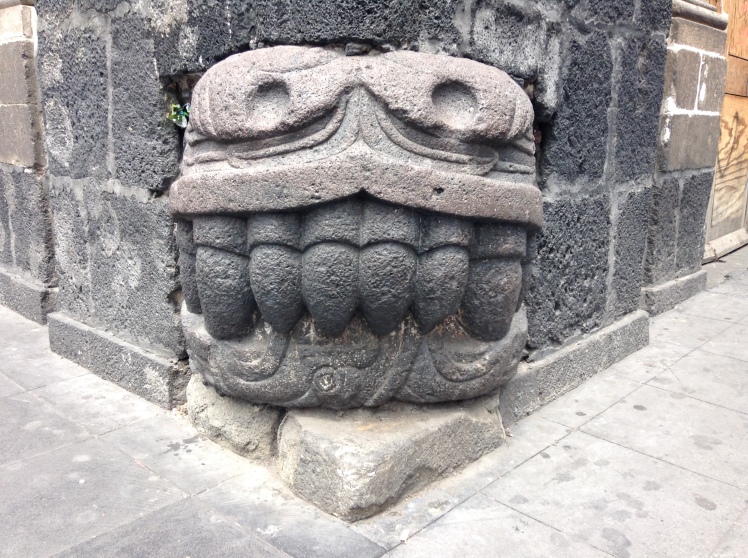 Today it proudly shows its great jaws in one of the corners of the present Museum of the city.