The genius of Mexican literature, Juan Rulfo, wrote two fundamental books El Llano en Llamas in 1953 and Pedro Páramo in 1955. Rulfo is the author of the Mexican letters more studied, translated and biographed.

His novel Pedro Páramo develops it in a ghost town called Comala, years ago, Juan Rulfo was asked where Comala is, this place in such sinister forms, or if it is a real Comala, an abandoned village, with rotten adobes, empty houses, chipped doors, invaded with grass.

The teacher confided that he thought only of the name that by itself suggests a plain burning “on the embers of the earth,” just like a Mexican comal. That he tried to thread his story in fantasy, without worrying about reality.

The Comala that today exists is the head of the municipality of the same name. It is located ten kilometers north of the capital of the State of Colima. As a village, Comala existed already in the first years after the Spanish conquest. 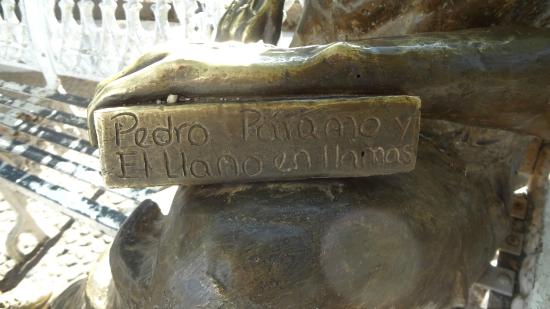 Comala is one of the most famous places in Colima thanks to the legend, folklore and traditions that have been interwoven from its moving mention in Rulfo’s novel, Pedro Páramo, Comala today boasts a statue in his honor.