Adolfo Constanzo and Sara Aldrete were cult leaders and serial killers. They believed their black magic and spell casting helped the cartels to smuggle drugs successfully over the border, with a little help from real human sacrifices… 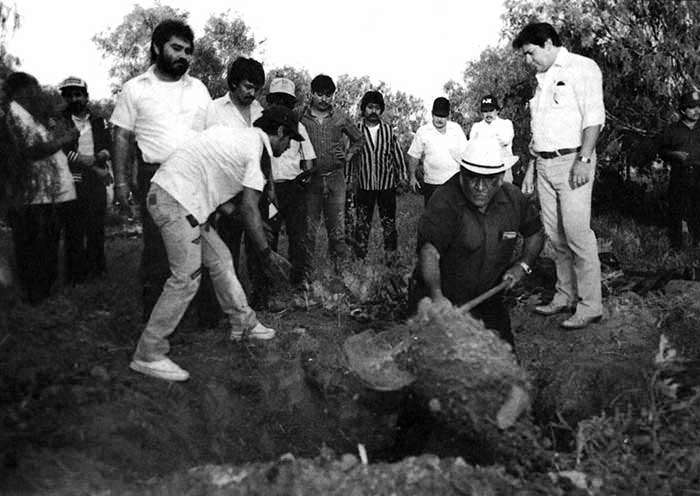 Three other men – Martin Quintana, Jorge Montes and Omar Orea, were introduced to the profitable business of casting spells to bring good luck for rich drug dealers and hitmen. They started raiding graveyards for human bones, but before long the cult needed live human sacrifices instead of old bones. The story unravelled when an American pre-med student named Mark Kilroy vanished in 1989 on the streets of Matamoros, Mexico. 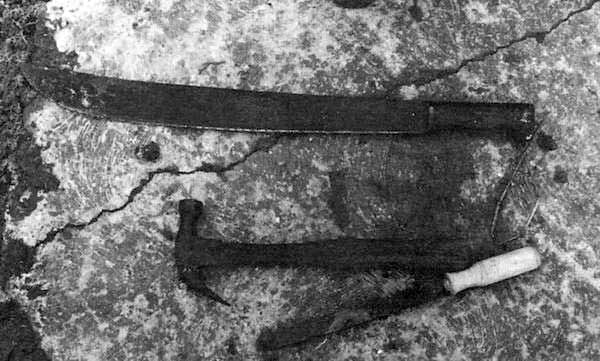 In 1988, Constanzo moved to Rancho Santa Elena, a small house in the desert, which became known as The Devil’s Ranch – a temple for human sacrifice. Over the course of 2 years the ranch was used to store shipments of cocaine and marijuana, and sadistic ritual murders were carried out.

When the authorities learned about the ranch, Adolfo fled to Mexico City with four of his followers. The apartment where they stayed was quickly discovered and surrounded by policemen. Determined not to go to prison, he handed a gun to follower Alvaro de Leon and ordered him to open fire on him and Martin Quintana. By the time police reached the apartment, both Constanzo and Quintana were dead. De Leon and Sara Aldrete were immediately arrested.