SpongeBob SquarePants might be happy taking up residence inside its day-glo walls but some of the elders of the ancient German city of Brunswick (Braunschweig in German) were most certainly not amused. Worse still, the planners wanted it to be placed in the city’s most historic area, the Magni quarter. Many were agog that this outrageous idea could even be proposed, let alone accepted. 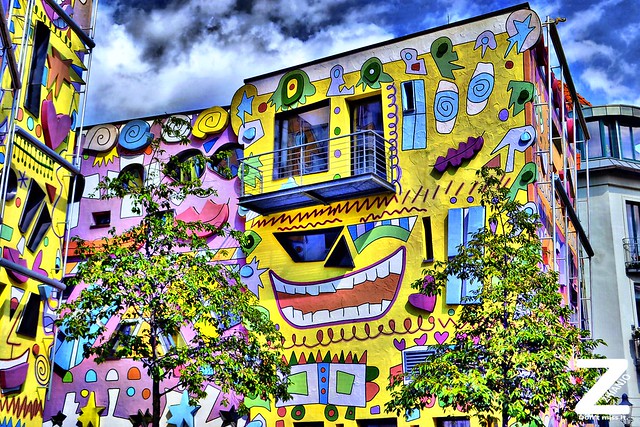 The young population was the most responsive to the new urban landscape, tourists had reason to take pictures, but the older people definitely whined.

As years passed the building became a tourist attraction and several entrepreneurs are trying to replicate the project in the center of the city.

Happy Rizzi House, was so named in honor of artist James Rizzi, who painted the house in this unusual cartoony way. It all started in 2001 on the site of a ruined ducal residence, a decision was taken to build something unusual and save the old buildings. The house is positively beautiful and a joy to be seen by kids.