Jardín Edith Sánchez Ramírez is a pocket park in Colonia Roma, Mexico City. It is located in the triangle formed between calles Yucatán, San Luis Potosí and Tonalá. 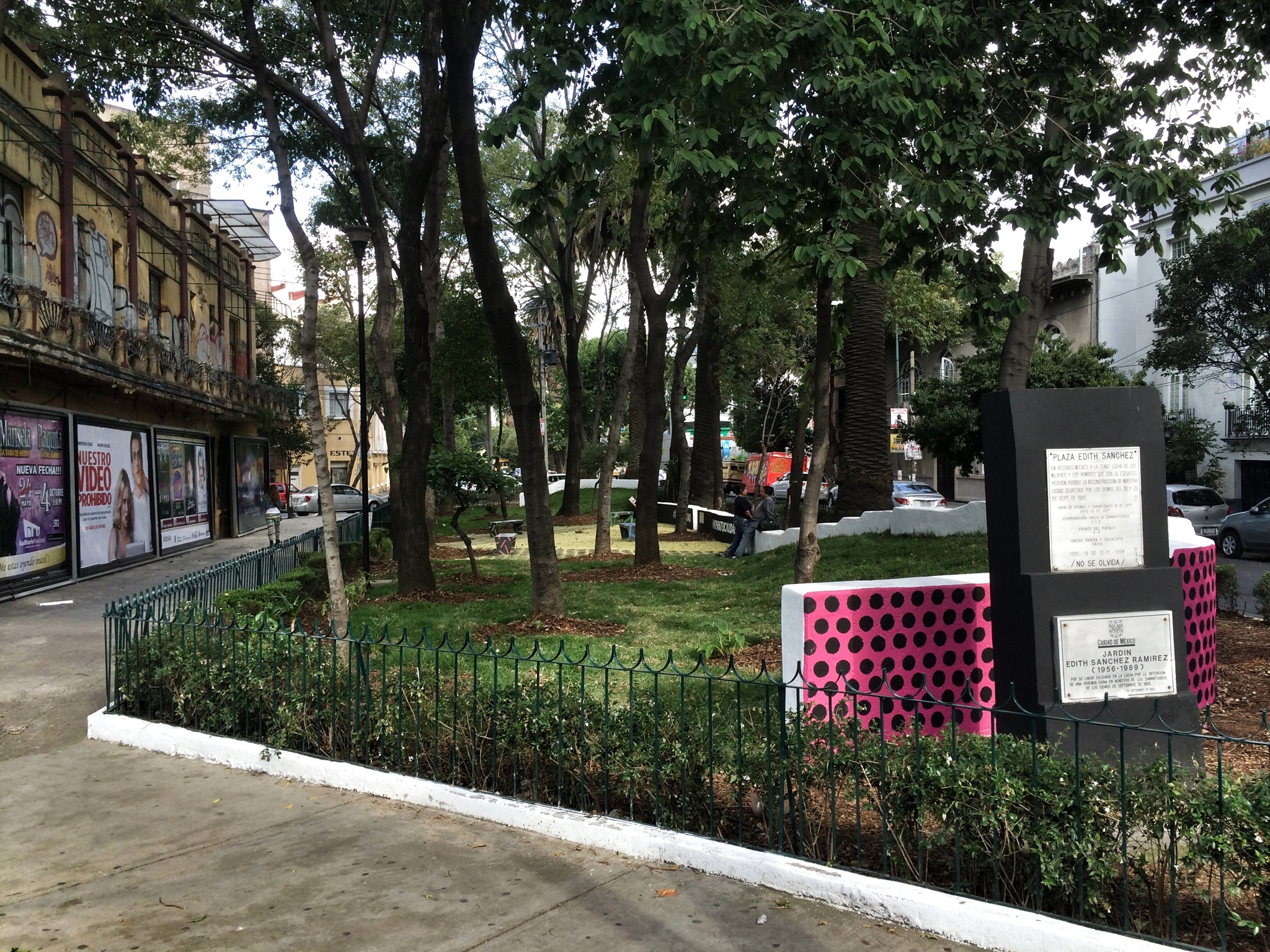 It is named for Edith Sánchez Ramírez, who was an activist who helped refugees of the 1985 Mexico City earthquake obtain housing.

After falling into oblivion and becoming a health problem, the Delegation Cuahutémoc, neighbors La Roma area, gave the new image of Edith Sánchez Ramírez Park In 2012 the park was in disrepair but it was renovated in 2014.