In the middle of the green meadows of Dornach – near Basel, Switzerland – stands a unique building of shapes and extravagant name: the Goetheanum, constructed according to the esoteric and spiritual principles of Rudolf Steiner.

With a solid background in mathematics, physics and philosophy, Steiner excelled from a young age as an expert in Goethe, whose ideas influenced his thinking and work. 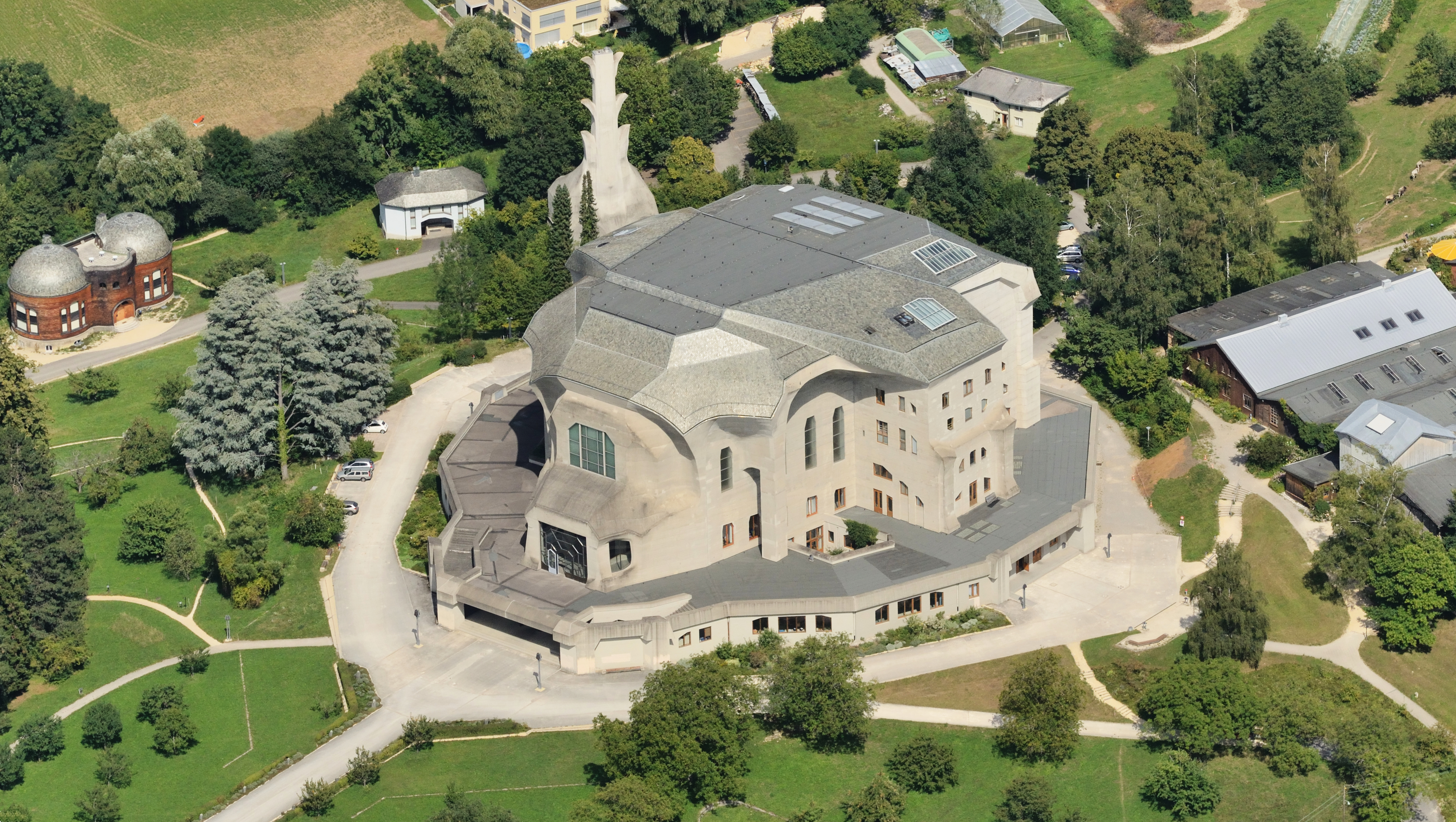 When he was in his early twenties, Steiner was attracted to certain spiritual and esoteric doctrines, and especially to Theosophy, becoming the secretary of the Theosophical Society of Germany in 1902.

Its connection with this current lasted until 1912, when by differences with the theosophical leaders of the time decided to continue their spiritual path separately, creating the Anthroposophical Society.

Within this new society Steiner gave free rein to his philosophical and spiritual ideas, but also to numerous forms of artistic expression that included architecture, sculpture, painting and other performing arts like dance, creating the so-called eurythmy.

The new stream created by Steiner soon attracted the attention of numerous followers, many of them artists, and Rudolf decided to build the Goetheanum – named after his admired Goethe – in the Swiss town of Dornach.

In this sense, Steiner stood out as one of the pioneers of the so-called organic architecture, a trend in which other architects of the stature of Gaudí, Lloyd Wright and Alvar Aalto stood out.

The Goetheanum contains a 1000-seat auditorium, currently the center of an active arts community that performs by its theater company and eurythmy groups as well as visiting artists from around the world.