In Huasca de Ocampo, a picturesque village nestled in the Sierra de Pachuca, Hidalgo, the elves have become the protagonists of countless mischief, jokes and lost objects, to the degree of surprising more than one and doubting many skeptics.

The reason is simple: in this mysterious place, which forms part of the Hidalgo Mountain Corridor, the naughty – or better said evil elves – usually disappear the wallets, keys of the car or the socks of those who come to visit them out of curiosity.

But what they most enjoy is braiding their hair as they do with manes and horsetails, because at night they leave some evidence of their work in the form of swings made of twisted hair.

Those stories and legends are the reason why the Museum of the Goblins opened its doors 15 years ago. It is a wooden house set in the middle of the forest with abundant hay hanging on the branches of the trees.

Distributed in three rooms, the enclosure has a very wide collection of figures of elves, trolls and fairies; also has photos, testimonies and the famous “twisted hair”  made by the goblins. 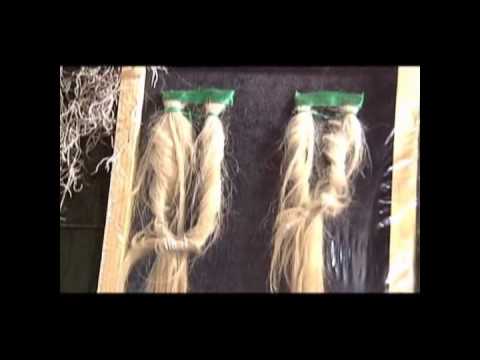 “On February 5, 2000, I cut the first braid that appeared on the mane of ‘Bandolero ‘, one of my favorite horses, which despite seeing it, I still did not believe it, because I am a stylist and I know how difficult is to work with human hair and even more with stiff and difficult horses manes” said Cristina, museum’s owner. 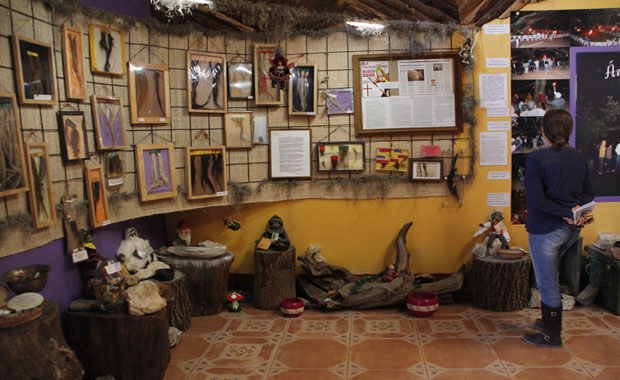 The challenge began at documenting the data with real testimony and evidence, which meant many years of empirical research to leave behind the myth and bring to life each story gathered at the Museum of Goblins.

Cristina collected hundreds of stories that happened to children, adults and old people who were somehow touched by these mythological beings, magical and difficult to see, including braided horsehair.

Also wrote the book “Elves … With the Horsemen in the Hands”, that inside are drawings, photographs of the famous “swings” and 58 testimonies from different places of the Mexican Republic.

El Museo de los Duendes is part of the attraction of the Barranca Honda ecotourism development, located at kilometers 2.5 of the Huasca-Tulancingo road, San Miguel Regla, which is surrounded by impressive natural landscape and offers a night walk in the forest to reach the “Tree of Wishes”, where stories of elves and fairies are told.