The Bodhi tree at the Mahabodhi Temple is called the Sri Maha Bodhi. Gautama Buddha attained enlightenment (bodhi) while meditating underneath a Ficus religiosa. According to Buddhist texts the Buddha, meditated without moving from his seat for seven days under this tree. A shrine, called Animisalocana cetiya, was later erected on the spot where he sat. 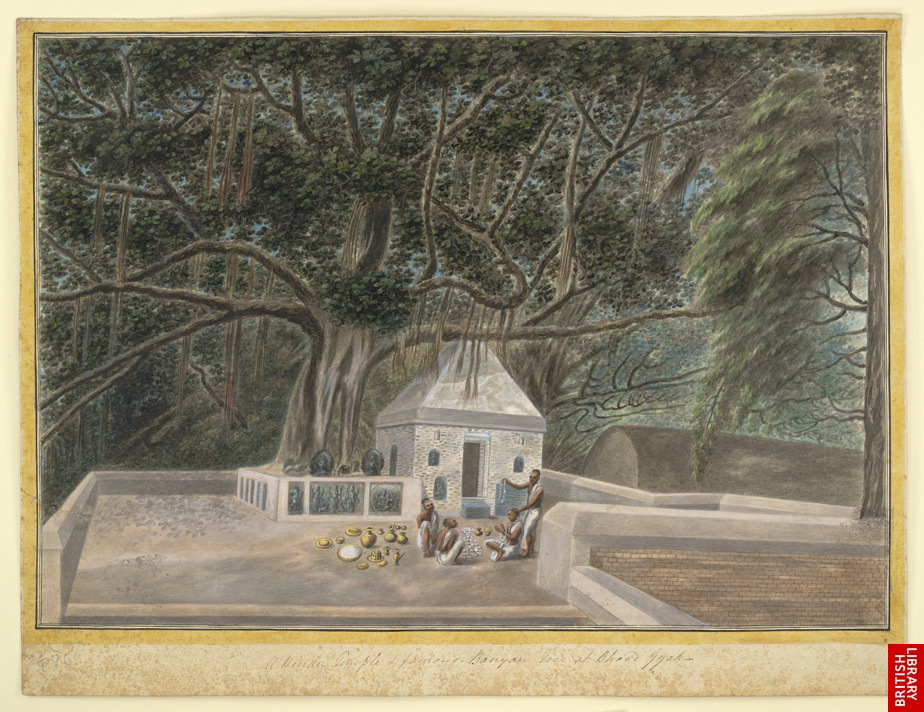 The spot was used as a shrine even in the lifetime of the Buddha. King Ashoka was most diligent in paying homage to the Bodhi tree, and held a festival every year in its honour in the month of Kattika.  His queen, Tissarakkhā was jealous of the Tree, and three years after she became queen, she caused the tree to be killed by means of mandu thorns. The tree, however, grew again, and a great monastery was attached to it. 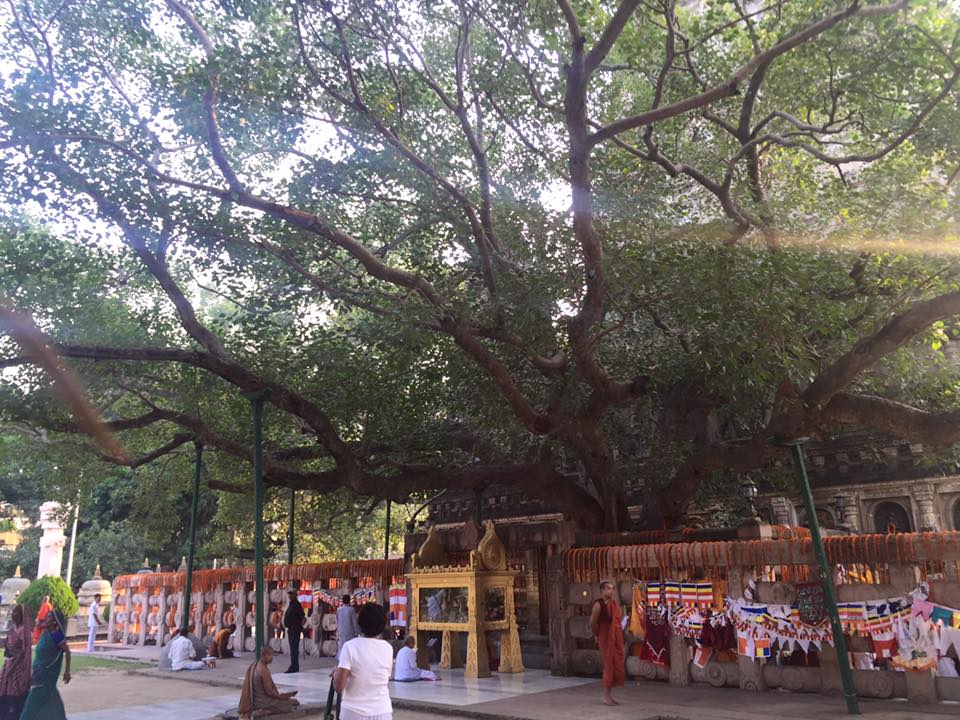 The term “Bodhi Tree” is also widely applied to currently existing trees, particularly the Sacred Fig (Ficus religiosa) growing at the Mahabodhi Temple in Bodh Gaya, India, which is often cited as a direct descendant from the original specimen planted in 288 BC. This tree is a frequent destination for pilgrims, being the most important of the four main Buddhist pilgrimage sites.

Other holy Bodhi trees which have a great significance in the history of Buddhism are the Anandabodhi tree in Sravasti and the Bodhi tree in Anuradhapura, Sri Lanka. Both are believed to have been propagated from the original Bodhi tree.